Missouri: Not Safe For Kids 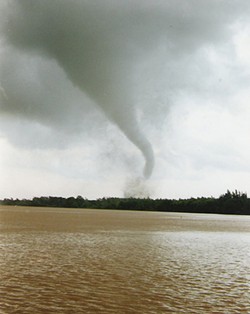 flickr.com/photos/florg
At least, that's what we're hearing from the Save the Children organization. Today the agency sent out a fear-mongering alarming notice (attached at the end of this post) stating that Missouri is "unprepared to protect children from disasters."

According to Save the Children, Missouri meets zero out of four crucial minimum standards to ensure that schools and child-care facilities are prepared to respond to the needs of children during a disaster.

Those standards include evacuation and relocation, reunification and plans for special needs children at child care facilities, as well as multi-hazard plans at schools.

So we'll leave you on that note. Have a great weekend, everyone. And please, keep those kiddies safe.

Washington, D.C., June 19, 2009- Ten years after a relentless assault of unprecedented natural and manmade disasters, a report released by Save the Children's U.S. Programs reveals that Missouri meets zero out of four crucial minimum standards to ensure that schools and child-care facilities are prepared to respond to the needs of children during a disaster.

The report-- "The Disaster Decade: Lessons Unlearned for the United States"--was released by Mark Shriver, Save the Children U.S. Programs Managing Director and actor and advocate Julianne Moore, Artist Ambassador.

"The past decade is defined by unrelenting and unprecedented disasters that left children unprotected in schools and child care," said Shriver.  "The most vulnerable Americans in the most vulnerable settings are made more vulnerable because of government inaction."

Commissioned by Save the Children and conducted by Brown Berkley Tucker, the report reviewed four standards in all 50 states and the District of Columbia and found that Missouri met zero key standards, leaving too many of the youngest and most vulnerable Missourians at risk when disaster strikes.

The four key standards identified by Save the Children include evacuation and relocation, reunification and plans for special needs children at child care facilities, as well as multi-hazard plans at schools.  Save the Children urges the adoption of all four standards because they have the potential to reduce the trauma of a disaster and save lives.

Save the Children is also calling for immediate federal action to better protect children through a five-point plan:


"Enacting this plan will help ensure that when disaster strikes the effects on our children don't become a disaster in their own right," said Moore, who lobbied Capitol Hill on Wednesday for enactment of the five-point plan.

Save the Children is also calling on the public to get involved by signing a petition supporting a five-point-plan for federal action to protect children during disasters.  Go to http://savethechildren.org/disaster-decade for more information and to sign the petition. The full report can be found at http://savethechildren.org/disaster-decade-report.