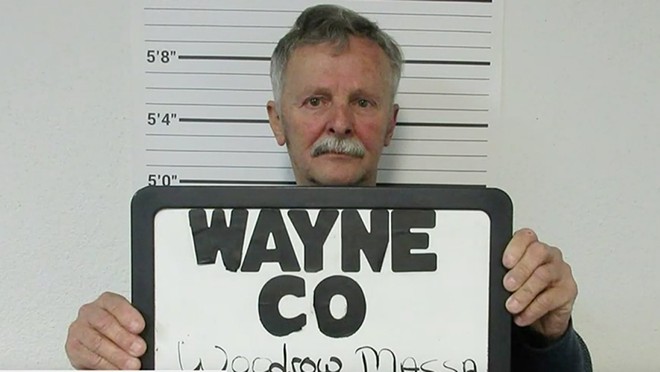 Federal prosecutors in Cape Girardeau have announced charges against a former Missouri police officer for violating two people's civil rights and then lying about it to the FBI.

The indictment filed yesterday against former Piedmont Police Department officer Woodrow Massa, 66, alleges that Massa arrested and detained two people "despite the absence of an arrest warrant or probable cause.”

Piedmont is a town of about 2,000 in the Ozark Foothills, about 80 miles west of Cape Girardeau.

The arrests in question were of individuals referred to in court documents as JR and EW. The indictments state that Massa's unwarranted arrest of JR occurred in August 2020, and EW's in December of that year.

The indictment further alleges that twice Massa lied to the FBI about JR's arrest, once in 2020 and again in 2021.

Massa "denied having been present in the booking room during the post-arrest processing of J.R., despite a video recording depicting his presence there," the indictment says.

Even before these federal charges, Massa, who ran for Wayne County Sheriff in 2020 and only lost by 68 votes, was on administrative leave from the police force.

Last November, the Cape Girardeau CBS affiliate reported that Massa had been arrested by the Wayne County Sheriff's Department and was facing state charges of sexual abuse and harassment.

KFVS also reported that Massa as on unpaid administrative leave and the charges against him stemmed from alleged inappropriate contact with a woman several times in October 2021.

It is not known if the federal charges against Massa are related to the those he is facing in state court.

Massa is to appear in federal court in Cape Girardeau October 13.

This article misidentified Piedmont as being east of Cape Girardeau when it is west. We sincerely regret the error.