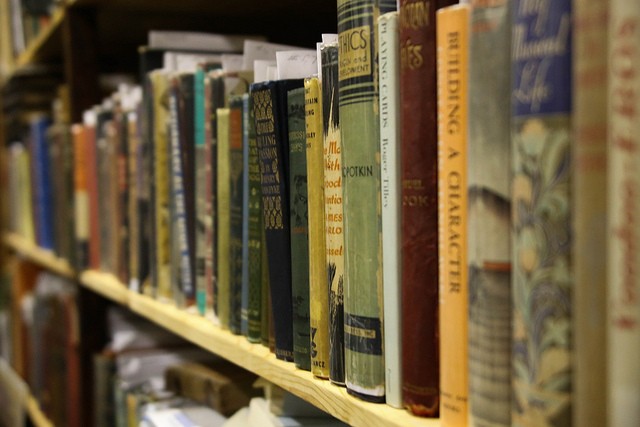 Photo courtesy of Flickr / Paul Sableman
School districts in the St. Louis area have removed books from their libraries in response to a new state law.

State Representative Ian Mackey (D-St. Louis) is no fan of Missouri's new book-banning law. But he's also not a fan of school superintendents now taking books out of schools in response to it. He says they're being too "risk averse" and "need a little bit more backbone."

The new law, which went into effect Sunday, makes it a misdemeanor to provide "explicit sexual material to a student" if the person providing the material "is affiliated with a public or private elementary or secondary school in an official capacity."

In response, several Missouri school districts have removed a variety of books and graphic novels from their libraries. 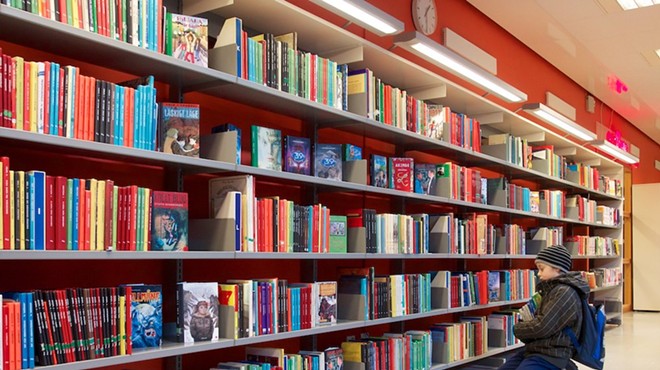 Missouri Legislature Back on Its Bullsh*t With School Book Bans: The law, which will go into effect August 28, bans "explicit sexual material" in school libraries

Rockwood School District posted a list of 22 books that they have removed from their libraries, saying these titles "reflect what is outlined in" the new law. Books no longer on Rockwood's shelves include works by Rupi Kaur and Roxane Gay, as well as a graphic novel adaption of Margaret Atwood's The Handmaid's Tale.

According to the Post-Dispatch, Mehlville and Parkway schools have also removed books from their libraries' shelves.

Mackey, who holds a J.D. and also used to teach preschool, says that school districts are being "overly defensive" and "caving in a way they absolutely don't need to cave."

Mackey acknowledges that "loud parents who always wanted these books gone" are being more aggressive with their interpretation of the new law. However, he says, "School administrators, superintendents and apparently some lawyers in these districts are being hyper-defensive, unnecessarily defensive about this. They're taking the most absolute risk-averse approach."

Mackey specifically points to an exception in the new law holding that any book that "when taken as a whole [has] serious artistic significance" does not meet the definition of "explicit sexual material."

The Missouri Library Association issued a statement earlier this month advising schools to not ban any books, saying that the exception "accounts for the entirety of library collections."

To the association and Mackey's point, the exception should seem to easily put in the clear a book like the graphic novel version of Albert Camus' The Stranger, which Rockwood has removed from its library. The original novella, released in 1942, was not censored even in Nazi-occupied France and is now regularly listed as one of the most important books of the 20th century.

St. Louis-area law enforcement have signaled they will not enforce book-banning laws. A spokesperson for Wesley Bell's office told the Post-Dispatch there are "more pressing concerns than library books." Police in St. Charles County say they will refer any complaints back to the school district.

"This is why communities of color and LGBT folks identify as marginalized because when you're on the margins, you are the first ones pushed off in a moment like this to save somebody's job or to save somebody from getting raked over the coals at a school board meeting," says Mackey.

Already, a group of conservative St. Charles County parents issued a statement in response to the new law, saying that it is too subjective and too many offensive books are slipping through the cracks.

He adds, "There's a book on this subject called If You Give a Mouse a Cookie. It's that exact same logic."