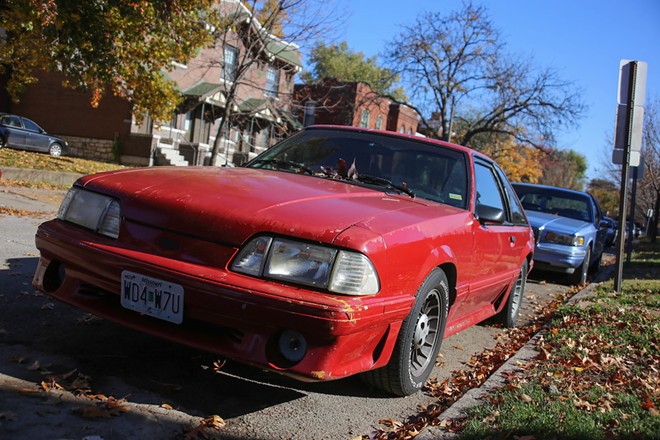 FLICKR/PAUL SABLEMAN
Not the actual car used to win, and then lose, a $5.2 million award from GEICO.

Remember when a Missouri woman managed to win $5.2 million after contracting HPV from her own boyfriend — and because she was supposedly infected while having sex in his car,  it wasn't him, but his insurance company, GEICO, that had to pay up? Remember how it seemed impossible that a legal judgment like that could stand?

Turns out it was impossible: The Missouri Supreme Court has struck down the appellate court ruling upholding the award, and the woman and her disease-spreading beau are now back to square one. And by square one, we mean the trial court in Kansas City.

The state's highest court issued its unanimous ruling yesterday, and in it, the justices ordered an abrupt reversal to the legal chain of events that got us to all those viral stories about the woman who somehow won $5.2 million for getting a sexually transmitted infection in a car.

In short, the justices found that the Jackson County Circuit Court had failed to give GEICO the 30 days then prescribed by Missouri law to intervene in the case between the anonymous woman (known only as M.O. in court filings) and her boyfriend (known only as M.B.).

A little reminder on how we got to this point: M.O. had submitted a claim against M.B.'s auto insurance, but GEICO declined to pay it. So, the couple agreed to go into arbitration — and they also agreed that she'd only go after GEICO, not her boyfriend (pretty convenient!). Then the couple somehow convinced the arbitrator that M.O.  deserved $5.2 million for contracting an infection endured by an estimated 80 percent of sexually active Americans.

Remember who was on the hook? The party that wasn't in the room — GEICO. When the Jackson County judge affirmed the award, that was enough for the Missouri Court of Appeals, which decreed GEICO should pay up.

Not the Missouri Supreme Court. In its ruling, it all comes down to what should have happened after arbitration — which should have been GEICO making its case before a judge (and, likely, arguing how ridiculous the whole thing was). Within 25 days of the arbitration award being filed in court, GEICO filed a motion to get involved. And so rather than confirming the arbitration award, the justices say, the Jackson County judge should have allowed the insurer's intervention.

The four-page ruling keeps things simple: "GEICO was statutorily entitled to intervene in the pending lawsuit between M.O. and M.B. because GEICO filed the motion to intervene, prior to entry of judgment, and within the 30 days of notice. Because GEICO was not afforded the opportunity to intervene before judgment was entered, the circuit court's judgment is vacated, and the case is remanded." In short: Back to Jackson County to do it right.

So for everyone who wondered whether this whole thing was a scam, and if so whether they could somehow sue their boyfriend and make his auto insurer pay them millions, the answer is clear: Not in Missouri.

Maybe try your luck in Iowa?