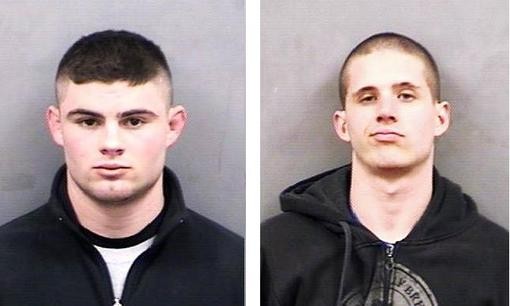 Prosecutors thought it would be difficult to convince a jury that Sean Fitzgerald and Zachary Tucker intended to commit a hate crime during a night of drunken debauchery.
The two University of Missouri undergraduates arrested back in March for dumping cotton balls on the school's Gaines/Oldham Black Culture Center have been charged with littering.

Prosecutors tell the Columbia Daily Tribune that they didn't think they could convince a jury that the men, Sean Fitzgerald and Zachary, Tucker intended to commit a hate crime. Still, the school decided to suspended the students.

The duo was apparently intoxicated back on February 26 when, in addition to dropping cotton balls at the Black Culture Center, also hoisted a pirate flag outside the school's ROTC building and scaled a tiger statue on campus.