Mother of St. Louis' Samurai Killer Speaks Out For the First Time 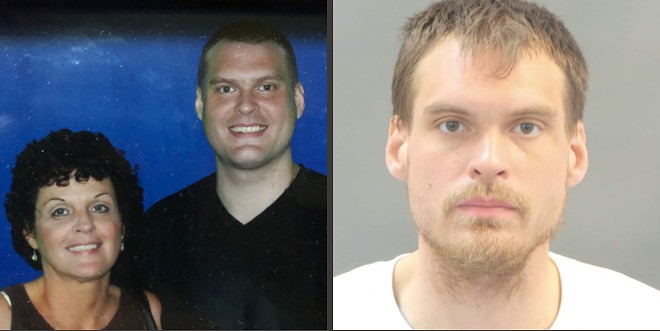 The mother of the so-called “Samurai Killer of South St. Louis” is speaking to the media for the first time, telling the RFT she believes her son’s legal counsel should argue he is not guilty by reason of mental disease or defect, often referred to as the “insanity defense.”

Margie Herter says there is evidence in her son’s history that shows he did not know what he was doing when he slaughtered Christopher McCarthy with a samurai sword in 2018.

The killing happened in May of that year at Seth Herter’s Northampton apartment, where McCarthy, an ex-boyfriend, was a frequent guest. On May 2, the then-29-year-old Herter called and asked McCarthy, 55, to come over. Herter later recounted to the RFT’s Doyle Murphy that he thought people were living in his walls and furniture, and he wanted McCarthy’s help getting them out.

The next day, McCarthy was found dead in the apartment’s gory, blood-soaked bathroom. McCarthy had been stabbed to death, and a samurai sword was found at the scene.

Herter was apprehended soon after and has now been in the City Justice Center for more than four years as his case works its way through the courts.

Margie says it was not new for her son to experience hallucinations and other breaks with reality. He’s suffered from hallucinations and delusions most of his adult life, a result of schizoaffective disorder. She recounts one time when her son, after getting kicked out of college in his late teens, showed up to her house wearing a dog chain around his pants. “It looped down to his feet and back around up to his pants,” she says. “It was very bizarre.”

Margie says her son has destroyed furniture in her house and turned a can of body spray into a flamethrower. One time, he threw food at her while she was driving. Another time, she encountered him claiming a couch was speaking to him. She views the killing of McCarthy with the sword as a tragic culmination of a sick man who never got the help he needed.

Margie says that she knows her son saw a doctor when he was in St. Louis, but she doesn’t know what medications he was on, if any. She adds that her son was getting social security benefits for his schizophrenia while in St. Louis and that there were certain requirements he met to qualify for those benefits. There were periods when he seemed to be getting in a routine and starting to take care of himself. “But then he would fall off the wagon and go back to his own thing,” she says.

“My heart has broken thinking of the man he killed and his mother and family,” she says. “I do not condone [Seth’s] actions, but as his mother I love him.”

An RFT story a few months after McCarthy’s killing outlined symptoms of Herter’s worsening mental health. For years, he referred to himself online as “White Rider,” in reference to the biblical four horsemen of the apocalypse. He wrote about controlling all the electricity in the world and how thousands of people were clamoring to see him dance. Herter frequently did go out and dance at the intersection of Hampton and Chippewa, a clip of which made the news, further fueling his delusions of grandeur. He pinned religious iconography on the walls next to where he’d written strict rules he set for himself, one of which was abstinence. He frequently carried his sword with him when he was out in public.

“He told me he was dancing,” Margie Herter says. “And I told him, ‘You might call attention to yourself.’ I said, ‘Live under the radar.’”

In reply, Herter told his mother he was going to be famous.

About a month before McCarthy’s death, his thoughts turned darker.

“I started to feel like it was time to start punishing people,” Herter told the RFT’s Murphy from jail.

When Murphy spoke to him, he still had friction burns from a rope he wore for a month as part of a “biblically themed penance that Herter believed would increase his powers.” The behavior has echoes of the dog chain his mother says she saw him wearing a decade earlier.

Her nephew, a professor working in Dallas at the time, was the first in the family to see the news that Herter was being accused of murder.

Margie says she can’t remember the first four or five days after hearing the news of the murder. She felt like she was going to die. “It was like someone had hit me in my heart,” she says. 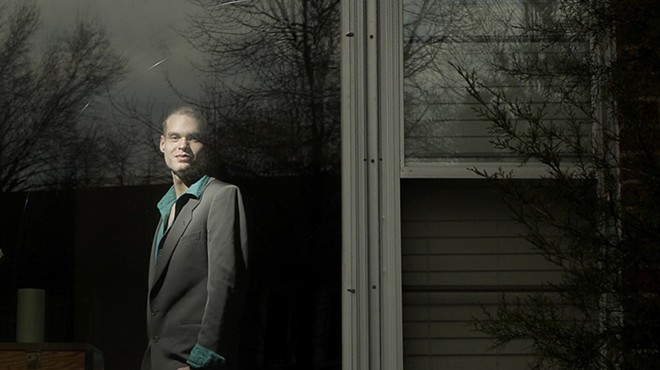 The Samurai Killer of South St. Louis: Seth Herter's life was full of delusions. But the murder was all too real

When asked if she thinks her son is not guilty by reason of insanity, she replies, “I think, I mean, it speaks for itself.”

According to criminal defense attorney Brian Cooke, “The defense has the burden of proving a mental disease or defect by a preponderance of the evidence. This is done by the expert testimony of a psychiatrist who has interviewed the defendant and reviewed the facts of the case.”

Cooke says the prosecution will likely try to undermine a not-guilty-by-reason-of-insanity defense by highlighting evidence that shows the defendant did understand what he was doing was wrong. Cooke says this would include “attempts to cover up a crime or evade law enforcement.”

One of the facts the prosecution may bring to bear is that after the incident, Herter fled the city in McCarthy’s SUV.

A not-guilty-by-reason-of-insanity verdict is not a free pass, Cooke adds. “Where there’s a dead body, I think it’s not unrealistic to expect the person to be held for a substantial period, if not for the rest of his or her life.”

Even four years after his death, little is known about the victim, McCarthy. He went by multiple names. Many knew him as Rich. In 2018, one man who let McCarthy live with him told the RFT that McCarthy was always lying about small things that he didn’t actually need to lie about. This tendency toward deception, the source said, likely had to do with McCarthy being both gay and active in a gospel music group unaccepting of same-sex relationships.

Margie says that twice she spoke on the phone to McCarthy, whom she knew as Tim. “When I talked to him, I said, ‘Are you aware that, you know, Seth is talking to the couch and stuff?’” She told McCarthy that she feared for his life.

But, according to Margie, he brushed off the concerns.

Margie says her son told her over the phone that he was one of the horsemen of the apocalypse. “Right before he did what he did, that’s when he was telling me inanimate objects were talking to them,” she says.

She adds, “But none of that takes away from what he did. Did he do what he done? Absolutely. Does he bear guilt in that? There’s the question.”

Margie now talks to her son regularly. When asked how he regards what happened in May of 2018, she says, “A lot of times, he cries. He says that he loves Tim, and he misses Tim, and he’ll never forgive himself for what he done to him.”

Herter’s murder trial is still moving through the courts, with no trial date set. “You realize you lost the future you’d hoped for your loved one,” Margie says, “and then realize it’s even worse for the other family. At least I have hope. They don’t even get that.”