Everyone loves a great lost cause. In 2007, RFT named the efforts to save the Mullanphy Emigrant Home as the "Best Lost Cause" of the year. Coming around on seven years later, the Mullanphy has stood proud, battered by dozens of brutal storms as ferocious as the one that toppled its southern wall years ago. But the future of this 150-year-old building building has perhaps never looked so good. 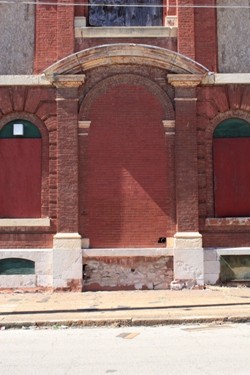 The Mullanphy Emigrant Home, built in 1867 according to plans by George Barnett and Albert Piquenard, sits on the southern end of the burgeoning Old North St. Louis neighborhood at 1609 N. 14th Street. The area has seen extensive rehabbing and redevelopment throughout the last decade, particularly the renovation of the neighborhood's commercial core around Crown Candy Kitchen. The building anchors a corner along busy N. Florissant Avenue, the six-lane artery that stretches from downtown St. Louis all the way out to the city limits. The location is anything but obscure and isolated. In fact, the Mullanphy now possesses a strategic and desirable site mere blocks from the new Stan Musial Veterans' Bridge entrance into downtown along Tucker Boulevard.

When it opened in 1867, the Mullanphy Emigrant Home answered a pressing need for a rapidly growing St. Louis. Tens of thousands of immigrants from Europe flooded the city in the decades before and following the Civil War, and many of them arrived without knowing anyone. The Mullanphy sought to provide a warm bed for young men who may have literally just disembarked from a steamboat on the levee with only a couple of dollars in their pocket. Perhaps the most striking aspect of the Mullanphy, despite catering to the downtrodden, was that the building itself was an ornate, almost lavish work of Italianate architecture. High-minded reformers of the day believed that august architecture could influence a building's inhabitants, making them more moral and upright citizens in the process. 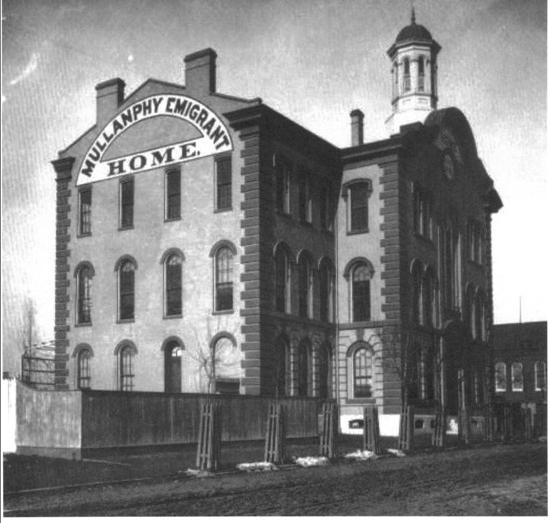 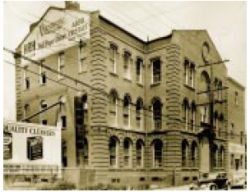 Ironically, the Mullanphy only served that noble function for a short time. After the Civil War, St. Louis was expanding rapidly, and the once independent town of North St. Louis joined its larger neighbor growing from the south. The region became one of the most densely settled portions of the city with a population well over 10,000 inhabitants at its height. Responding to the industrial demand of the city, the Mullanphy saw itself converted into a factory for the Absorene Company, a manufacturer of wallpaper cleaner. Elaborate architectural detail proved of no use to the company's practical-minded leaders, and the factory proceeded to strip the building of much of its ornamentation. But the inherent beauty of the building's proportions and scale remained until Absorene abandoned the building in the 1980s.

Continue to read about the Mullanphy's recent salvation.