Winter has loosened its grip on our little corner of the world (well, sort of, anyway), and spring is beginning to bloom. Our annual ritual of renewal and rebirth is a few scant moments away, after the months of waiting impatiently for it to arrive.
I could give you a primer on this year's Cardinals team, complete with a hundred different acronyms being tossed around, but you've probably gotten enough of that already, both here and elsewhere. And let's face it, the baseball season is long and long and long; there will be plenty of opportunities from now 'til October to tell you all about Adam Wainwright's tRA.
Instead, I would like to take a look around Cardinals fandom, and maybe find out something a little more meaningful. So this week I'll have interviews with four different Cardinal fans, each with their own stories and reasons, from all over the world. Not sure what, if anything, I'm really hoping to learn here, but I'm sure it's going to be worthwhile regardless.
We start off today with the hero of Internet hacks everywhere, William F. Leitch. Most of us are familiar with the story by now; he may very well be the face of the new media revolution, the man who parlayed a little website called Deadspin into mainstream success and a gig writing for New York magazine. (And yes, that is a gross oversimplification.) At the very least, he's certainly one of my personal heroes.
My thanks to Mr. Leitch for taking time from his schedule to answer these questions. It isn't every day that one gets to talk to one's idols. 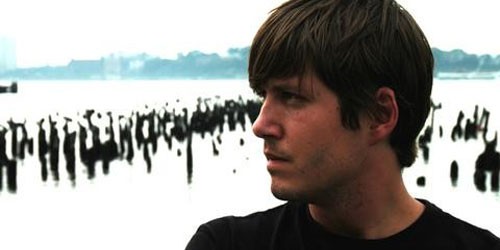 First off, tell me a little bit about yourself.

I grew up in Mattoon, Illinois, about an hour and a half from St. Louis. Mattoon was just south enough in Illinois to be about 75 percent Cardinals fans: The occasional Cubs fan was looked upon with scorn and seen, frankly, as a bit too lily-livered and big-city for their own good. My family religion is the Cardinals: My sister lives in San Francisco, and I live in New York, and the only time either of our parents come to visit us is when the Cardinals are in town.

What is your first real baseball memory?

I was six years old and had just gotten addicted to the Cardinals, thanks mostly to Willie McGee. I was in my room listening to Jack Buck on the radio -- and I want to say this was at night, but I'm not sure the facts would back me up on this -- and all of a sudden he just started going crazy. Glenn Brummer -- who actually has central-Illinois roots, along with Gary Gaetti -- had stolen home. This event held such mythic stature for me as a child that I was surprised to learn that not only had it actually happened, it had even been filmed.

How much did you play the game growing up?

Every second I could. I was a catcher, because I loved being at the center of the action and I loved talking to people. My two sports in high school were baseball and scholastic bowl. (Sadly, not in that order.) We won the Big 12 championship my junior and senior years, and I'm proud to report that we beat cross-county rivals Charleston twice in two years at the old Busch Stadium. I am two for three lifetime in two games at Busch, with an RBI, a run and a strikeout.

Who would you say was the most important person in the development of your love of baseball?

My father, without question. I honestly have no idea what we would have done if baseball didn't exist. I suspect I am not alone in this.

How do you generally follow the games now? Do you take advantage of the range of technology out there in order to keep up with the Cardinals?

Definitely: I actually watch more Cardinal games now than when I lived in St. Louis and Illinois. I pay for both MLB.tv and the Extra Innings package, because honestly, as I've gotten older, I've found watching as many games as possible somehow more important than less. (It's probably because I'm not married and don't have any kids.) I took my girlfriend to Paris for her 30th birthday last year, and I woke up at 3:30 in the morning there to catch the tail end of the Cardinals' extra-inning win in Los Angeles over the Dodgers. If I'm at home or near a computer during baseball season, the Cardinals game is on. Always. [Author's note: Not only did Will watch baseball while in a Paris hotel with a beautiful woman, he actually took time to blog about it. You may question his priorities, but never his dedication.]

Tell me about your experience with Deadspin. How did that start? What would you say was the biggest key to your success with it?

Well, I had done some work with Gawker Media in the past -- back when it was a very different company than it is now -- and it seemed like their model for tweaking established institutions would work well in sports. I never wanted to work in sports professionally (and kind of still don't want to; sports are too much fun to do as a job). I think Deadspin became popular not because I held any sort of brilliance, but because clearly people were looking for an alternative sports site, people who talked about sports the way people actually talk about sports, and Deadspin was fortunate enough to get there relatively early.

Did covering the world of sports professionally change the way you relate to the game, and to the Cards specifically?

Nope. The Cardinals are too important to ever cross streams with any silly job I might have. Though I'll confess that I did sneak in references to both Ankiel and Pujols in my 4,500-word piece about the Yankees in New York last week.

How has your fandom changed as you've gotten older?

I can afford to go to more games now, and as technology as improved, I have the opportunity to watch almost all of them. So it's gotten so much better.

Who is your all-time favorite Cardinal, and why? (I believe I know the answer to this one.)

Actually, it's not Ankiel. I think he's a wonderful story, but not necessarily because of him. What makes that story great is the fans, who not only remembered him, but supported him, cared for him and legitimately worried about him for almost a decade now. I'm not sure what would have happened in any other city. I'll try to remember that when Boras makes Ankiel sign with the Yankees this winter.

I think the answer to this question has to be Willie McGee or Darrell Porter. (I wrote a whole column about how much I loved Darrell Porter in my old Life As a Loser series.) If you're of a certain age, the only acceptable answers are:

Do you miss being near the team? Do you manage to see many games in person?

I make it back for at least one full weekend series a year at Busch, no matter what, and also see them when they play the Mets (they're here twice this year!), and either the series in Philly, D.C. or, last year, Boston -- whatever's most convenient. Though maybe I should stop going. Since I started keeping my ongoing scorebooks in 1999 (and subsequently moved to New York in 2000), the Cardinals are 25-30 when I've seen them in person. Considering their success this decade, I think I'm bad luck. Of course, one of those games was Game 5 against Detroit in 2006. I think that counts as more than one win.

And last, give me a quick impression of this year's squad.

I'm bullish, honestly. I'm concerned about Glaus, Skip and Carp, of course, but if two of those things pan out, I think this is a 90-win team; I really do. And even if they're not, when you consider how old and tired this team looked midway through 2007, and how young and promising they are now -- well, they're in a better place than I thought they'd be. Don't you think so?

Thanks again to Mr. Leitch for his time and his honesty. You can read him on a more-or-less regular basis at nymag.com; his most recent work is a writeup on NBC's new Parks and Recreation sitcom. Go and read it. Right now. I'm serious.