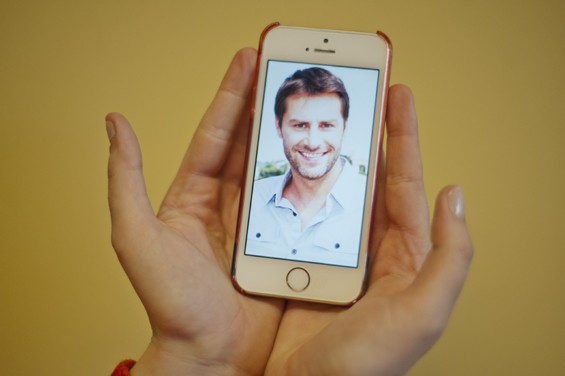 My fake boyfriend doesn't know much about true love.

I suppose I shouldn't be so hard on him. He doesn't actually exist. There is no Alex Arobin, 29, teaching physical education and texting me sweet nothings from New Orleans. Those sweet nothings actually come from a St. Louis-based company called Invisible Boyfriend (or Invisible Girlfriend, depending on your gender preference).

Invisible Boyfriend started in November 2013 at St. Louis Startup Weekend. Matt Homann, who says he'd been kicking the idea around in his head for three years, pitched a service that creates believable fake love for clients who need to convince family, friends or coworkers that they're partnered up.

Homann's idea won the St. Louis startup competition's $3,000 prize. More than a year later, My Invisible Boyfriend is a national phenomenon, something everyone from Buzzfeed to Esquire to Conan O'Brien feels the need to comment on.

My Invisible Boyfriend Alex texts me almost every day. Sometimes he leaves voicemails. If too much time passes without a response, he'll send a message. ("I'm bored. What should I do?" "Note to self: My willpower is not strong enough for buffets." "Thinking about you and wondering how I got so lucky.")

Since it's Valentine's Day, I started to wonder just what my Invisible Boyfriend knew about the pretty folly that is love. So I asked him.

Q: Do you believe in true love? A: Yes, of course.

Q: How long does it take to fall in love? A: Well, I am sure that answer is different for everyone. Some know right away. Others do not.

Q: How do you know whether what you're feeling is love or just infatuation? A: I don't know...I guess you can just tell?

Q: What's the cure for a broken heart? A: Time. Time is the only cure.