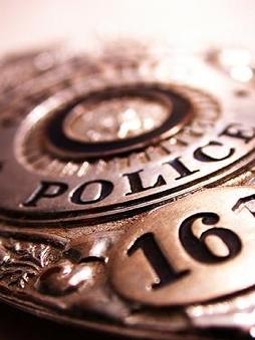 Man claims cops stole his casino winnings and planted drugs on him when he complained.
New allegations have emerged against three former St. Louis police officers sentenced to prison in 2009 on charges of planting evidence and stealing money during drug raids and then covering up their crimes.

According to Courthouse News, a victim of the cops' misdeeds has now sued former officers Vincent Carr, Bobby Lee Garrett and Leo Liston on charges that they stole casino winnings from him and then planted drugs on him when he complained to Internal Affairs. Eddie Johnson maintains that the corrupt officers pulled him over twice in the spring of 2001 as he left the President Casino with a wad full of winnings.

On the first occasion Carr and Garrett allegedly stole $4,500 from him without issuing him a ticket or a receipt. A few weeks later the same thing occurred when Garrett stopped him and $3,600. After he complained to Internal Affairs, Johnson maintains that Garrett and Liston planted cocaine inside his vehicle. Johnson pleaded guilty instead of facing the possibility of doing twenty years at trial. Johnson ended up serving seven years in prison.

Johnson is suing for false arrest, malicious prosecution, false imprisonment and civil rights violations. His wife also seeks damages for loss of benefits and income during his incarceration.

Daily RFT has a call out to Johnson's attorney for comment. We're also awaiting response from the St. Louis Metropolitan Police Department, which, in addition to the three officers and the police board of commissioners, is reportedly named as a defendant in the case.

Their guilty pleas continue to cause headaches for prosecutors who've had to review nearly 1,000 convictions based on testimony from Carr, Garrett and Liston.