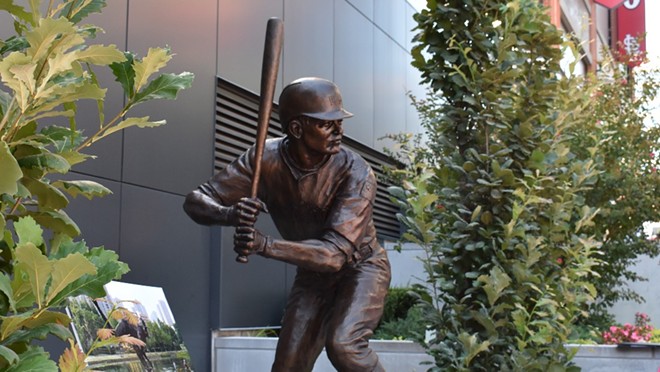 Since 2019, a statue of two-time Gold Glove–winner Adam Wainwright has stood in a popular urban park in the city of Nanjing, China. Created by Harry Weber, the sculptor behind the Busch Stadium Ozzie Smith statue and countless others, China's bronze Waino is depicted having just released the ball, his eyes watching, waiting to see if the pitch finds its mark.

But who is Wainwright pitching to? Where’s the batter? For three years it was a valid question.

Then on Saturday afternoon, before the Cardinals took on the Milwaukee Brewers, the statue of Waino 7,200 miles away got its counterpart in St. Louis, right outside Busch Stadium in Ballpark Village.

This statue, also crafted by Weber, depicts a baseball player from Nanjing at bat, right in the moment of deciding whether to swing or not. His uniform says Nanjing in both English and Mandarin. 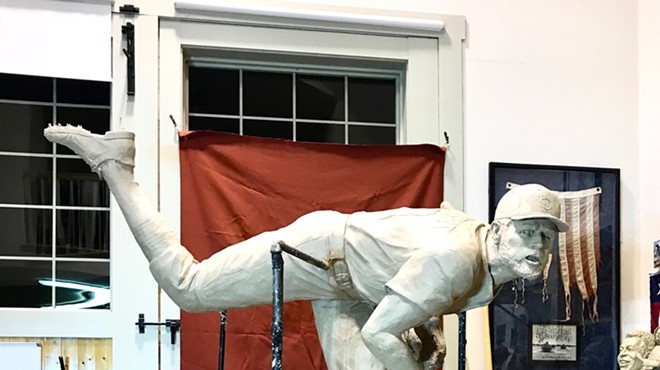 A 900-Pound Adam Wainwright Is Heading to China. St. Louis Just Got a Look

St. Louis has a storied history with Nanjing. The two have been sister cities since 1979, when then-mayor James Conway flew with a small delegation there and inked an agreement that established St. Louis as the first American city to have a sister city in China.

"We wanted to beat San Francisco," Conway told the RFT for a 2018 cover story about the sister city pact. (San Francisco became the second U.S. city to establish such a relationship with a city in China, becoming sister cities with Shanghai a year later.) 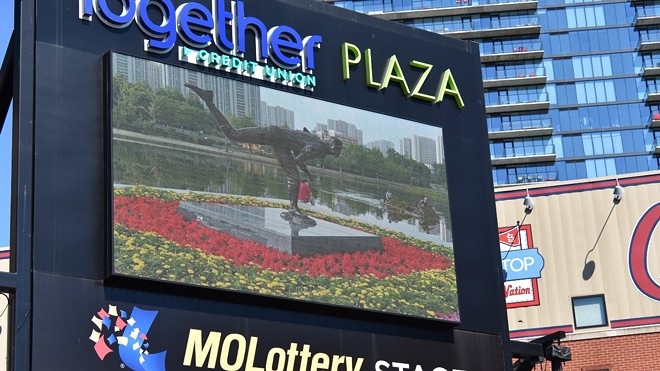 Ryan Krull
A photo of the Adam Wainwright statue in Nanjing, China displayed on the big screen in Ballpark Village.

Nanjing is a fitting partner for St. Louis. The two are river cities with deep, storied pasts: Nanjing was once the capital of China, which echoes St. Louis' once being the nation's fourth largest city. They both sit amidst agricultural areas of their respective countries and have rivalries with much larger cities to their east — Chicago and Shanghai. Nanjing, like St. Louis, is incredibly beautiful and welcoming.

In recent years, the St. Louis – Nanjing Sister City Committee has gotten renewed vigor from Tim Hermann, of Collins and Hermann, a multi-million-dollar specialty construction outfit. In 2008, Hermann started spending more and more time in China, where he later met his wife He Jian Ping, who goes by JP and is from Nanjing.

Hermann and JP, both avid photographers, were instrumental in arranging a series of St. Louis–area photography exhibits highlighting the sister city relationship.

With 2019 being the 40th anniversary of the original agreement signed by Conway, both sides wanted to do something special.

The statues were Hermann’s idea.

Baseball is growing in popularity in China, though it does remain a somewhat obscure sport in the country. Hermann says that makes the statues of the ball players ideal. He points to the fact that Nanjing gifted to the Missouri Botanical Gardens a pair of bronze Ming Dynasty chairs, objects with historical importance most St. Louisans aren't aware of until they encounter them at the gardens.

In October 2019, then-Mayor Lyda Krewson traveled with a delegation for the installation of the 7-foot tall statue of Wainwright.

But the installation of the statue of the Nanjing player was delayed due to COVID-19.

Now two and a half years later, the bronze Waino in Nanjing finally has his man at bat located right across Clark Street from Busch stadium in the Together Credit Union Plaza.

Neal Perryman, an attorney with Lewis Rice and president of the St. Louis – Nanjing Sister City Committee, kicked off the unveiling.

"The statues of the pitcher and batter will be permanent symbols of the sister city relationship," Perryman said.

"One of our hopes was that kids in Nanjing would look at this pitcher throwing a baseball, not understand anything about it and ask questions," Perryman added. "And learn more about St. Louis and America." 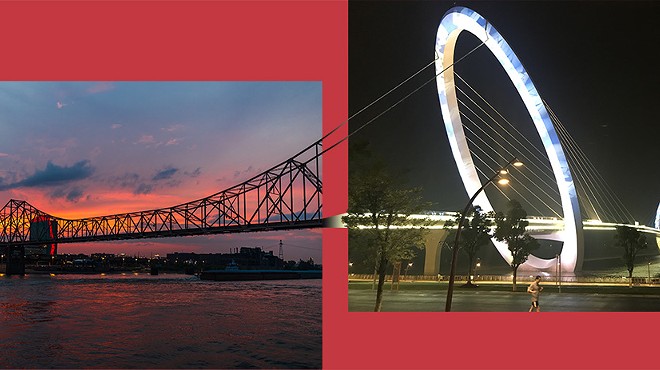 Hermann said he hopes fans in Ballpark Village will ask their own question when they see the new statue.

"The average person will walk by, ask who the player is and why the writing on his uniform is Chinese," Hermann said, adding that those questions will undoubtedly lead to learning about the history of the two cities.

The new statue is modeled on a man highly involved in the sister city relationship who wishes to remain anonymous because he wants the statue to represent the city as whole rather than any one person from Nanjing.

The batter's left foot is raised, which Weber says conveys that the pitch would be halfway between the mound and home plate, a pivotal moment is about to happen. 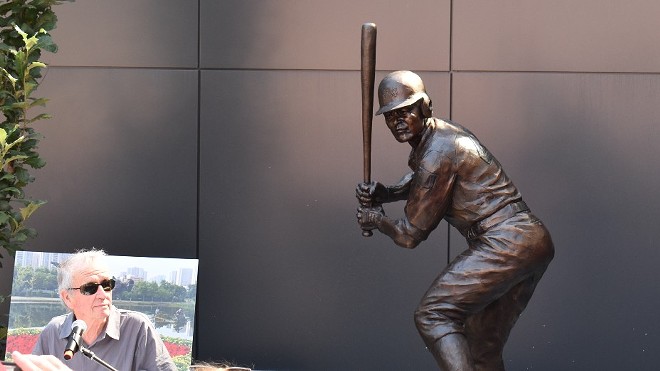 Ryan Krull
The statue with its sculptor, Harry Weber.

Perryman said that leading up to the ceremony Saturday, part of him worried that news of increased tensions over Taiwan may cause some passersby to heckle.

Perryman’s son, however, reminded him that it's when relations between the two countries hit a rough patch that these city-to-city exchanges are most important.

Perryman's worries were unfounded anyway. The bustling crowd in the plaza before the game was excited about the new statue and even more enthused about the 900 pound Wainwright representing St. Louis on the other side of the globe.

"This is proof of what two different cultures can do when the foundation of their work is love and respect for each other," JP says. Eddie Allen from Quincy, Illinois, was at the plaza before the game when the statue was revealed for the first time. A lifelong Cardinals fan, Allen, 82, has decades of memories seeing the Cardinals play live, including being in Sportsman's Park in 1954 when Stan Musial hit five home runs in one game.

The woman sitting next to him added: "It will be even more neat if we beat the Brewers."

Alas, the Brewers beat the Cards 3-2.

But Wainwright, perhaps feeling the mojo from his Nanjing statue finally getting its counterpart, pitched nine innings and only gave up three hits.