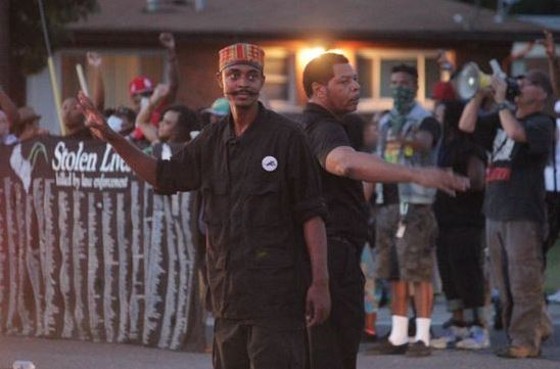 Brandon Orlando Baldwin and Olajuwon Davis are charged with lying on forms submitted during a gun purchase at the Cabela's sporting goods in Hazelwood earlier this month. According to a federal indictment, Baldwin had claimed to be buying two Hi-Point .45 ACP pistols for himself when he was actually acting as a straw purchaser for someone else. The indictment doesn't identify the intended recipient of the handguns.

Citing an anonymous police source, the St. Louis Post Dispatch reported that a months-long investigation uncovered Baldwin and Davis' plans to acquire weapons, "to do harm to law enforcement and the public." Yet other news media, including Reuters and ABC, cite their own anonymous sources to report that the FBI arrested Baldwin and Davis for allegedly planning pipe bomb attacks to take place during future Ferguson protests. KMOV also mentions the alleged pipe bomb plot, but its report doesn't make an explicit connection to Baldwin and Davis.

Update 4/3/15: A new indictment has formally charged Davis and Baldwin with trying to buy pipe bombs from an undercover agent. The new indictment also amends the previous charge; it now describes how Baldwin bought three (not two) pistols from Cabela's and gave the weapons to a unnamed felon. Continue below for our original coverage.

Notably, CBS News scrapped its initial story on the arrest -- "FBI arrest 2 men for buying explosives near Ferguson." That headline was later changed to "FBI arrests 2 men on firearms charges near Ferguson" and mentions of explosives were removed from the story. (Briefly, the story included a formal retraction.)

The CBS story was revised yet again early Saturday morning, and it currently cites a "law enforcement source" to corroborate allegations that the duo purchased explosives.

Details on the two men's arrests are still coming in. We've reached out to the FBI and the U.S. Attorney's Office for clarification on the charges and allegations that Baldwin and Davis tried to buy explosives.

However, we can reveal more information on one of the suspects -- Davis, also known as Olajuwon Ali, who serves as the Minister of Justice and Law for the St. Louis chapter of the New Black Panther Party.

"The NBPP and its local chapter members have committed 16-20 hours for the last 4 days making sure peace and love is maintained at 'ground zero' where Mike Brown was 'lynched'," he wrote.

"For the record we the NBPP and its local chapter members have and never promoted acts of violence towards anyone or any establishment or businesses. True enough there are people so angry that they show their pain and emotions with aggression towards cops and frankly anything that they can get their hands on. But let these few not distort the genuine peaceful intention and benevolence of the NBPP or anyone who has utilized their time to be a part of the organizing and peace making."

"I'm asking them 'What's your probable cause?' They said I'm under investigation," Davis said. When the cops returned his license and registration, Davis continued, he was told that he'd been mistakenly pulled over and was free to go.

"I could tell by their mannerisms that they were lying," he said 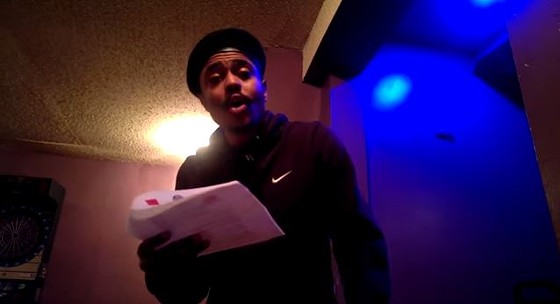 YouTube
In a November 7 YouTube video, Davis implored the United Nations to help the "indigenous peoples of the world."

See also: Who's Who of Ferguson Protests: Leaders, Activists

In a statement posted to Facebook today, the National Central Committee of the NBPP threw its support behind Davis and Baldwin. (Baldwin is also known as Brandon Muhammad.)

"[T]his allegation is a complete BOLD FACED LIE and FRAME UP attempt toward the local St. Louis organization and membership, in an effort to stop the organizing capability of the local party, under false pretenses of 'Straw Purchases'," wrote Chawn Kweli, NBPP's national chief of staff. "It has not been proven, that Olajuwon Ali...or Brandon Muhammad...had any intent to be deceptive in regards to where the firearm was going or who it was going to."

Kweli called allegations that Davis and Baldwin planned to use explosives to harm police officers or to blow up the Arch "totally unfounded," and claimed such actions would contradict the principles of the party.

"The New Black Panther Party, does not teach, endorse, or allow its members to commit acts of violence against anyone regardless to the circumstance unless in imminent danger and in Self-Defense," he wrote, later adding that if Davis or Baldwin were found guilty they would be expelled from the New Black Panthers "into perpetuity."

Continue to read the full text of the federal indictment, the statement by the New Black Panther Party and a YouTube video from Davis as NBPP Minister of Justice Olajuwon Ali.

Here's the full text of the indictment, courtesy of the Post-Dispatch.

And here's today's statement by Chawn Kweli, the national chief of staff for the Atlanta-based New Black Panther Party:

Davis also hosted a YouTube account, where he posted videos and links to his music and his own thoughts. In a November 7 video, Davis read a statement requesting that the United Nations assist the "indigenous peoples of the world."