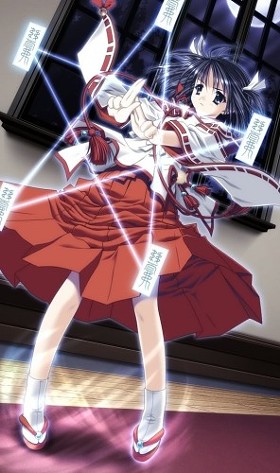 Seriously. Tim Tebow has no shot against that.
I know we tend to forget around these parts, considering how rarely we've had reason to pay attention the past few years, but the NFL playoffs are going on at the moment. You may have noticed ESPN and the rest of the 24-hour sports media frothing even more than usual lately; it's kind of what they do when football is on.
It was a pretty good weekend for the NFL, too; at least, it was a good weekend if you like defense, or home teams, or guys named Harbaugh. Three of the four games saw home-field advantage hold, three of the four teams that moved on are more Dick Butkus than Drew Brees, and 100% of the Harbaughs involved won.
Even better than any of those other things, though, this weekend in the NFL saw the resolution of a centuries-old conflict and vindication for thousands wrongfully killed in the name of fear and ignorance. And it all went down in a place called Foxborough.
The late game Saturday pitted Tim Tebow and the Denver Broncos against the New England Patriots and Tom Brady. God's Chosen Team against Bill Belichick, the closest thing the NFL has to a Sith lord, and a Justin Beiber lookalike. The result was a systematic dismantling of the Broncos and a final score of 45-10 Pats.
Really, though, it wasn't a fair fight. See, the Patriots had a secret weapon on their side. They had witches.
Yes, you heard me right. Witches. Like, stirring cauldrons full of newt's eyes and stuff like that witches. Like poisoned apple for Snow White witches. Like hot anime villain witches. Mmm, hot anime villain witches. Wait, what was I talking about?
Oh, yeah, football witches. See, before the Pats-Broncos game, a large coven of Massachusetts witches got together and did what witches do in order to ensure victory for Tom Brady and the Patriots. Casting spells, holding seances, probably calling upon various animal familiars to add their powers to the New England offense, that sort of thing.
click to enlarge 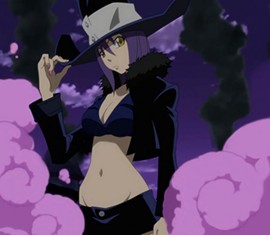 Okay, so she's actually a magical cat in a witch hat rather than a real witch, but still. Better than Tebow all the same.
​And so it was that the witches of Massachusetts defeated Tim Tebow and the forces of Christianity, proving both their own magical superiority and taking revenge for some rather well-known witch trials which took place fairly nearby. During the infamous Salem witch trials hundreds, perhaps thousands of people accused of witchcraft were tortured and killed by America's best imitation of the Inquisition, which mostly consisted of dudes in those funny pilgrim hats and wearing lots of buckles condemning women to death for ruining wheat crops and coercing men into adulterous affairs against their will. Apparently witches have a tough time getting laid without magic. And they hate bread.
Tim Tebow, the chosen avatar of Jesus, holy and humble and all John 3:16'd up. Tom Brady, forces of darkness and terrible soup recipes (eye of newt tastes awful), firmly behind him, taking revenge for all their fallen brethren. By the time the dust settled Saturday night it was clear who had won.
Patriots 45, Broncos 10, Witches 1, Jesus 0. Congratulations, witches.
Next weekend we get San Francisco versus the New York Giants. Gays against Carl from Aqua Teen Hunger Force. Personally, my money is on the gays. Or maybe I'm just hoping. We know they throw much better parades at the very least.