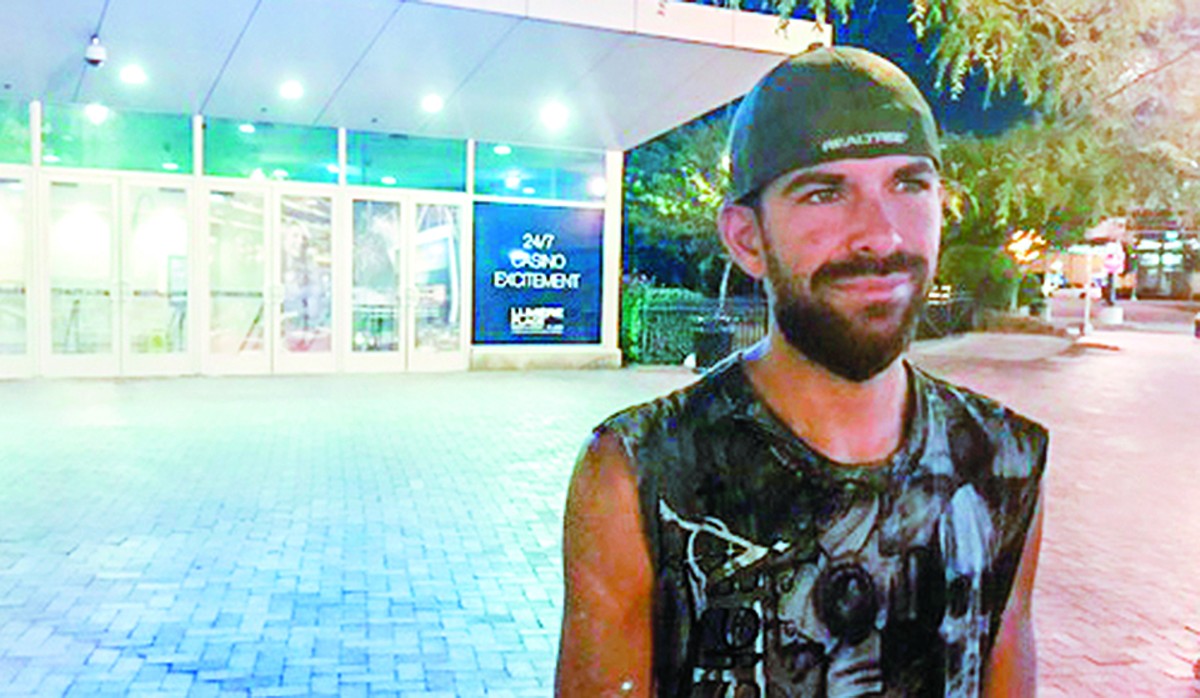 KELLY GLUECK
The area near Grand and Chouteau has been targeted by both the city and Saint Louis University for development.

It's hard to say exactly what happened on Grand. Around the start of SLU's fall semester, the intersections where all summer people had reliably flown signs and asked for spare change — at 40 and Grand, at Forest Park Avenue and Grand — were suddenly bereft of both. Groups of students walked up and down Grand, as did uniformed St. Louis police officers. Even Wille, who more often than not could be found in one of the same handful of places, was nowhere to be seen for several days, maybe even longer.

Calvin Pittman, who works at the Circle K at Grand and Forest Park Avenue, said, "The police have been out here. [The homeless] don't come around here so much. They're not outside because the police are stopping their flow. If they can panhandle at the end of the highway, they can make money. But if they can't, then there's no need for them to come around."

Darrion Latcher, of Bellefontaine Neighbors, catches the bus on Grand atop the MetroLink station on his way home from his temp service job. "There were a lot of people here on the corner holding signs," he said. "Now they're gone. Lot of police patrolling, that's why."

When I reconnected with Wille, he told me he'd started sleeping downtown near the Lumiere casino, though he still comes back to Grand occasionally during the day. He said the police patrol on foot, and he knew a few people who had been taken to jail. He said it's easier for the police to just run a person's name rather than actually search them for drugs or arrest them for panhandling. "Most of these people have warrants," he said.

Because he didn't have any warrants he wasn't afraid of police running his name. He "can afford to take a warning." From time to time he still flew signs on that stretch of Grand, but, he said, "you won't see anyone else out."

"They actually moved away from the area because they can't [panhandle]. They don't want to live here," he said. "I'm not sure where they go, where they're at. The homeless have moved out."

It's not clear whether SLU explicitly asked the police to start patrolling the area on foot. When I asked SLU what actions, if any, had been taken by DPS or by the police in coordination with the school, its spokeswoman said, simply, "I don't have any additional information."

Their motives for taking action would not be difficult to imagine. What parents see while dropping college students off in August could potentially have an outsized influence on how they feel about their child returning next fall. SLU would hardly be the first institution to take efforts to move the homeless population in its midst elsewhere. (Loft developers in Downtown West played a large role in the New Life Evangelistic Center ceasing shelter operations earlier this year, for instance.)

But clearing out a community of the homeless only solves the problem for its neighbors — not the people who had been living in it.

"Unless you solve the problem, you're really just shifting it from one place to another," said Faye Abram, a retired professor of social work at SLU. "It's just a matter of where it's going to crop up next. There's no word other than criminalizing homelessness. I'm a firm believer that if you don't have low-income housing to accommodate the population, then the prisons become your low income housing."