No News Is Bad News: Ymani Wince on Telling Stories With Nuance 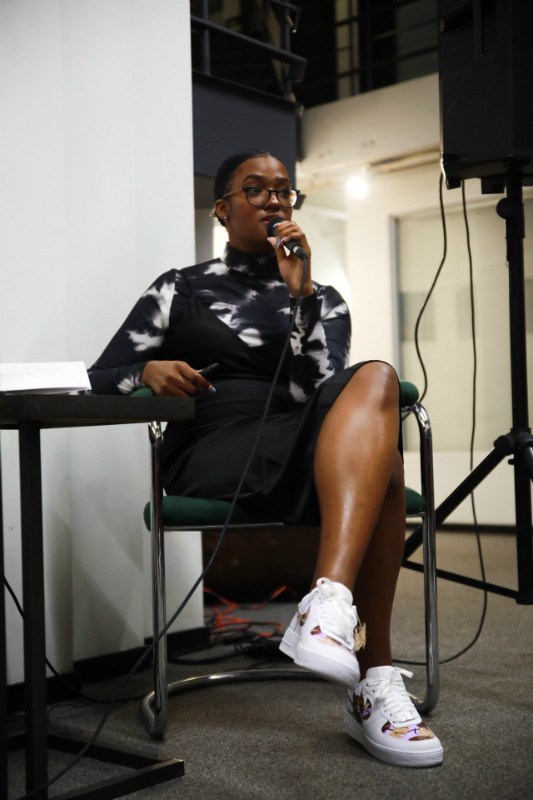 CHLOE SCHNEIDER
Ymani Wince has been freelancing for the RFT since November.


I never had any intention of writing about music.

For one, it wasn’t something I thought I could do. It began with a profile piece on the rapper Jerei, simply because I was a community news writer at the time, and Jerei pitched his story to me. In turn, I contacted Daniel Hill of the Riverfront Times and asked if they would be interested in a local music story. He said yes.

I never expected to become the voice of a beat that had been overlooked for quite some time.

After my piece on Jerei, I wrote about rapper Nikee Turbo, who’d just made his debut on Netflix. It was a story that illustrated a larger issue for the media in St. Louis. No other publication had reported on the major news that a St. Louis musician was being featured on the biggest streaming site available. After the piece was published, my email and direct messages were flooded with artists hoping for the opportunity for me to “do a write up” on their music.

Riverfront Times gave me the opportunity and leeway to create a section of their paper strictly about the music I was experiencing and hearing in my daily life. The more I wrote, the more engagement my stories got online, and I even had people telling me that the types of pieces I wrote gave the city hope and exposure. I set out for my pieces to have a FUBU effect: They were for us, by us. I wanted to tell stories about black musicians, stories with nuance.

I quickly realized that while I was having the time of my writing life interviewing so many artists, getting invites to private events and hearing some of the most touching stories I’ve ever had privilege to hear — it was not about me. Each week, my writing felt like community service. It felt like the musicians I met weren’t yelling into the void or begging for media exposure — because I was there. I’ve been telling stories with intention. Sure, the music is the main focus, but I’ve covered some heavy topics, like the school to prison pipeline, food insecurity, identity politics, faith and life-changing physical recovery.

I’ve been grateful to RFT for allowing me to write whatever I wanted, and that’s been the biggest blessing of all. It’s difficult to find a good editor, let alone an entire team of editors who believe in what you’re writing. Through this difficult and wild ride of a global health crisis, I’ve continued to write, even when it’s been hard. It’s not lost on me that writing and storytelling is the thing I’d do every day of my life, even if I weren’t getting paid for it. But right now, pubs like RFT need funds to stay afloat and thrive. I’ve seen the engagement on my pieces; they’ve been shared thousands of times across Facebook and Twitter. My Instagram followers have increased by the hundreds. But those numbers don’t translate into real dollars.

The stories you’ve been reading by me are just a fraction of the amazing and reality-based content RFT puts out weekly. They deserve to continue that coverage. I urge you to donate, so that when the world opens back up, and you’ve just finished a meal at your favorite local restaurant, you can grab a copy of the RFT on your way out the door.

Ymani Wince is a freelance writer and regular contributor to the Riverfront Times.