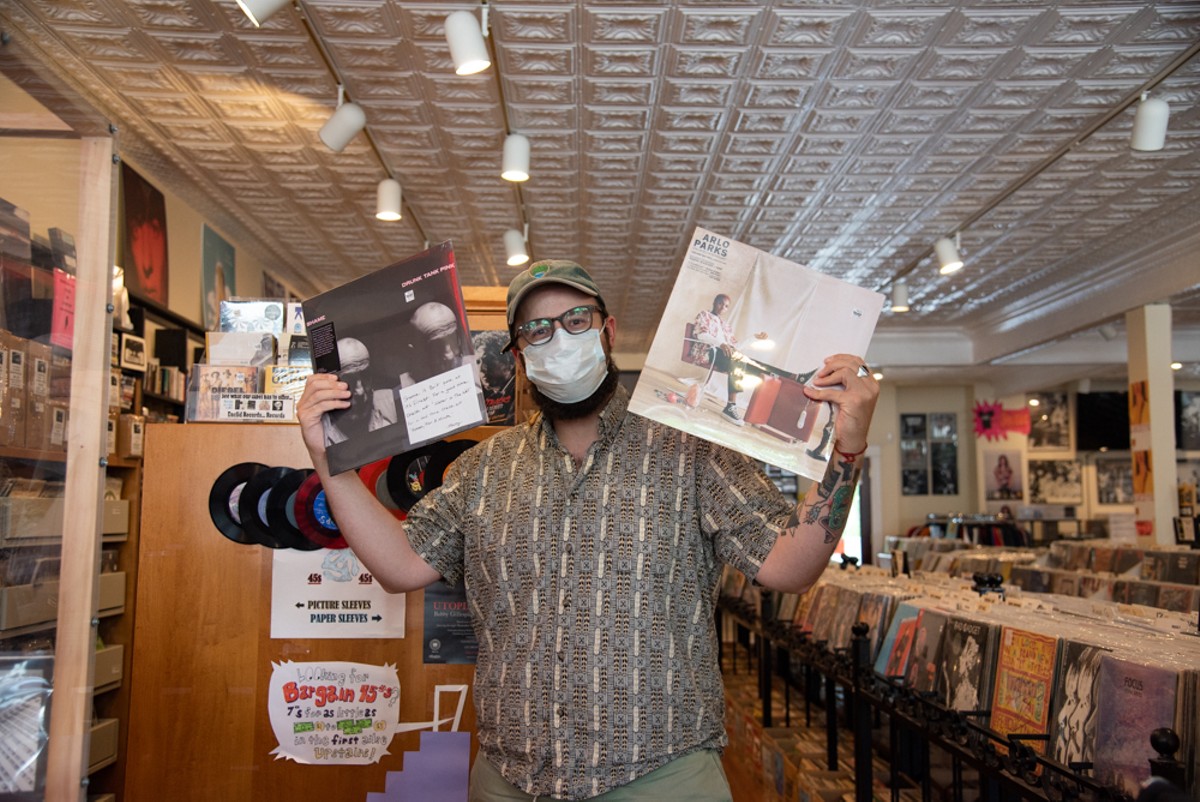 Record retail is a business I love, but it does not always love you back. In 2014, I was running into a problem that is familiar to lots of people working for love first and money second: I could no longer afford it. My life was changing rapidly, and when it was made clear that my pay wasn't going to change with it, I left. I probably would have stayed forever if I could have made a living wage.

And while I never had to deal with it as a record store employee, the pandemic has added a new variable in the power dynamic. Employees in the New Salem, Massachusetts, location of Bull Moose say they were all fired in May by Record Store Day co-founder Chris Brown after they complained that a change in the store's masking policy put them at risk. In a statement and follow-up media reports, Brown denied that staff members were fired over the mask policy, but the episode was a reminder of the expendable nature of employees in an industry where there are always more music lovers looking to chase John Cusack dreams.

And yet, it's impossible to escape the pull of record stores that attracted me. Like most of the people manning indie shops across St. Louis and everywhere else, I'm a collector at heart. For this story, I toured some of my many favorite shops in the city last week. I ended up spending $160 in between interviews. There's nothing that can stop me from grabbing all my favorite albums on vinyl.

Most record store folks have a love for physical media. Maybe it's the sound quality, the warmth that comes when the needle hits the groove.

ERIN MCAFEE
Orlandez Lewis of Vintage Vinyl: "It's like Christmas. For me, it really is just a beautiful day."

"Beyond just a nostalgia factor, I feel like vinyl has a life of its own. Used things especially," says Lewis of Vintage Vinyl. "You hear that when you put on a record for the first time. It's got those pops and clicks and roughness and smoothness and just all kinds of textures that are just there. You can feel it. You don't get that with CDs or tapes or digital media."

For Mayfield, at Euclid Records, sound is paramount. "Just purely sound," he says. "I enjoy CDs almost as much as LPs; they both have their pros and cons. They both sound great, but I'll pick an LP over streaming every day of the week. I can't stand the sound of streaming, so ... it's a different thing."

Beyond the music, there is something about holding an album in your hands. Some like to see the artwork the size it was meant to be. Others collect it to spin and sample. In St. Louis, there are spots that cater to nearly every niche. The metro area is an anomaly when it comes to record stores. When so many have had to shut their doors in other cities in the past fifteen years, more stores seem to pop up all over our glorious city.

For collectors like me, they remain an institution, a golden palace of infinite musical wonder. I enter them like a sacred temple where you can go into a trance flipping through the racks looking for the holy grail missing in your collection. Each store holds relics of the past and sounds from the future. They're a solemn place where you can learn about music you'd never otherwise hear. For all their challenges and flaws, they're something special for those in the know. Record stores are rad as fuck.

Correction: Due to an editing error, Aaron Mayfield was misidentified in a photo cutline. We regret the error.