No Pujols? No Problem. 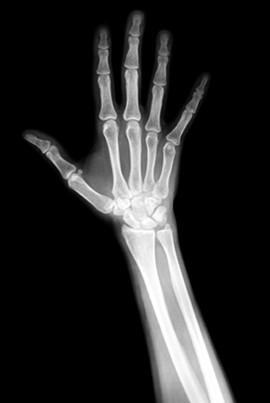 So I'm sure everyone's heard by now that Albert Pujols, formerly unstoppable baseball machine, will miss somewhere between four and six weeks with a fractured wrist/forearm/whatever other random bone you like. There are plenty of questions and concerns in the wake of Albert's injury, not least of which is what exactly this might do to his contract situation following the season.
All that can wait for another time, though. Honestly, I can't imagine a freak injury caused by a collision on the basepath is going to convince anyone Albert isn't worth whatever sum of money they were planning on offering him, but that's neither here nor there. My only concern, at this particular moment anyhow, is what losing Pujols for an extended period of time is going to do to the Cardinals' chances right now.
I'm going to say something rather shocking, something that I honestly almost can't believe I'm about to say myself.
I think the Cards will probably be all right without Albert.
Now, don't get me wrong. I'm not trying to tell you the Cards won't miss him. They will. But, this season has given us all a unique perspective on what a Cardinal team would look like without Albert Pujols, because they basically haven't really had Albert Pujols all along.
Albert has shown signs of breaking out in a big way lately, but prior to that he was mired in the midst of the most miserable season of his career. Bad enough, in fact, that I and countless other people all over the metro area said, at some point, "Man, I don't know how this team can possibly be in such good shape without getting anything at all out of Chris Carpenter or Albert Pujols." And therein lies the reason for my lack of concern.
The Cardinals are not going to make up serious ground without Albert on the team. A full-strength Pujols takes this offense from productive to devastating, but we essentially haven't seen a full-strength Albert playing this year. Without him in the lineup at all, I honestly think this team is very nearly the same squad we've watched all season up to this point.
The best options for filling Albert's spot are not necessarily inspiring, but not bad either. Probably the best option would be to simply slide Lance Berkman to first and split right field between Jon Jay and Allen Craig when he comes off the DL.
It's frightening to think of the Cardinal lineup without Albert for any appreciable amount of time, but I honestly believe this team, perhaps more than any other in recent memory, is fairly well equipped to handle the loss. They're going to need a couple of player to step their games back up to early-season form (Colby, I'm looking at you), but I'm relatively hopeful they can play well enough to hold steady. Or, at least well enough not to force the front office to make an ill-advised move or two in an attempt to shore things up in short order.
The next six weeks (or however long Albert will be out), may very well be about just treading water, trying to stay fairly close in the division race. In fact, that's sort of what I expect. Even so, with a division full of contenders but not one single flawless team, I think the Redbirds have an offense this year capable of scoring even without their centerpiece.
The Cards are going to need a little extra luck to keep their playoff hopes alive, but I've seen enough from this team in the first half of the season to believe.