No Shaking Hands, Kissing Babies in New Era of Campaigning 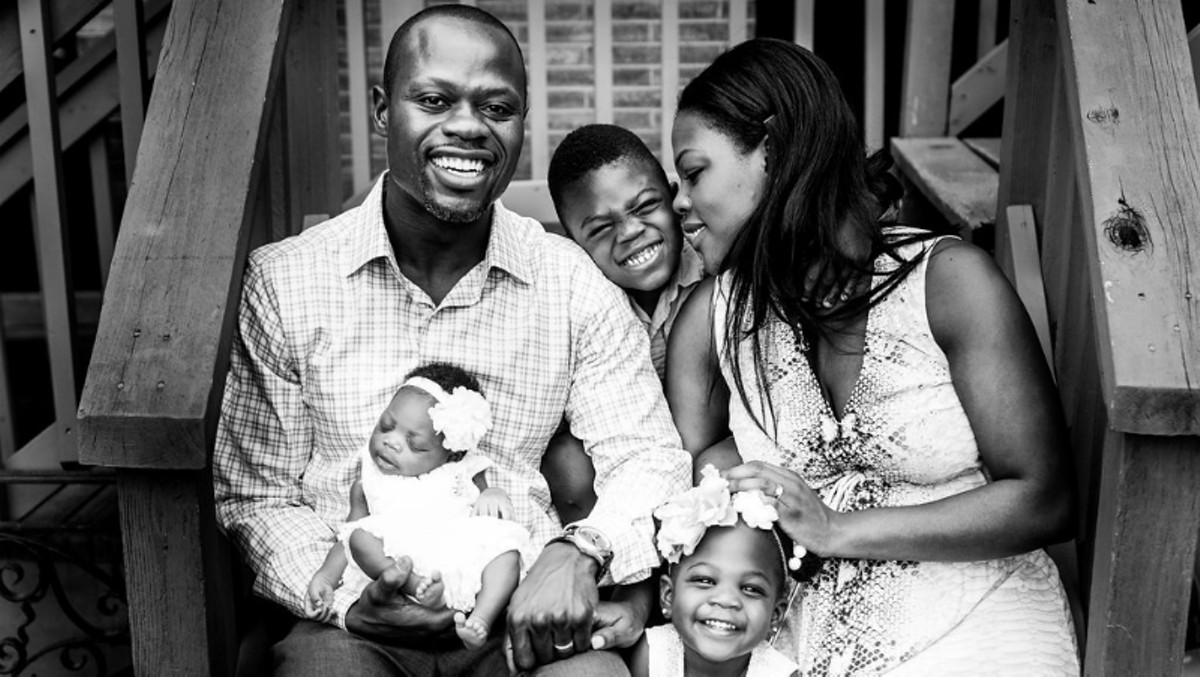 Yinka Faleti, shown with wife Ronke and kids, has had to switch his campaign strategy. COURTESY YINKA FALETI
From his home in St. Louis, Yinka Faleti, Missouri’s Democratic candidate for Secretary of State, juggles his campaign and four kids.

“I’m running a statewide campaign from my house and changing diapers at the same time,” Faleti says.

Candidates vying to win elections this year have to run campaigns in ways they’ve never been run before. No more kissing babies or high-fiving crowds. That's made life more difficult for challengers such as Faleti who need to build name recognition in addition to promoting their platforms.

Faleti says his campaign has had to think of creative ways to reach voters. Last week, he hosted a virtual town hall. He runs his statewide campaign while he and his wife homeschool their kids and care for their three-month-old baby.

With more people getting diagnosed with coronavirus every day, grassroots techniques are no longer an option. Meeting people door-to-door was a huge part of John Stephens’ campaigning as he ran for mayor of Sunset Hills.

“Door-to door was my favorite part, and unfortunately, as soon as this hit, it all stopped and I don’t think we’re going to get back to that before the election,” Stephens says.

It was about the second week of March when Heather Robinett noticed people’s fear set in. She no longer felt comfortable knocking on doors. Robinett, currently a Ferguson City Council member, is running for mayor of Ferguson.

“I didn’t want to unknowingly infect someone,” Robinett says. “That was when I realized things were going to change a lot.”

Mary Pat Carl started calling her donors from home, even if her kids made noise in the background, instead of meeting them in person.

Carl announced her campaign for the Democratic nominee for St. Louis Circuit Attorney in September. This is her second time trying for circuit attorney. She ran in 2016, but lost to Kim Gardner with 24 percent of the vote. Carl planned for a larger push in her campaign after the filing on April 2.

Before the virus, Carl hosted several gatherings in people’s homes where voters could invite their neighbors over and get to know her. She had eight fundraising events scheduled for the last two weeks of March. All were cancelled.

Robinett stopped asking for donations once COVID-19 became a problem in St. Louis.

She’s known around her office as “the budget lady.” She’s poured over Ferguson’s budget and “knows where the bleeds are.” With a multi-degree background in science, Robinett says one of her best competitive qualities is her practical approach to issues, rather than coming at things from an emotional standpoint.

Her campaign had been mapped out. It had a comfy cushion of donations before COVID-19 came to the city. Final flyers would be distributed, events organized, letters sent.

Then, Missouri Gov. Mike Parson postponed municipal elections from April 7 to June 2. No one planned for that, or could have.

Suddenly, Robinett’s campaign had to last two months longer than she allotted. To ask for more donations felt crass.

“It seems so vulgar to think about a campaign in a time like this when our residents are scared,” Robinett says. “They’re looking at job loss, loss of health care access. Many kids are home and they’re trying to figure out schooling.”

Faleti says the virus has laid bare problems Missouri has had for a long time. He never envisioned himself running for office. Faleti describes his path to politics as a progression. He immigrated to the United States from Lagos, Nigeria at seven years old. He graduated from the United States Military Academy at Westpoint in 1998 and spent six years in tank units with the U.S. Army.

Faleti previously worked as the executive director of Forward Through Ferguson, a nonprofit focused on bringing positive changes and racial equality to St. Louis. Some of the issues Faleti worked on — education policy, health care — were state-level things. What the coronavirus has done, among many things, is highlight how important it is to ensure Missourians have access to quality health care, he says.

Missouri’s current Secretary of State Jay Ashcroft has not approved vote-by-mail. Faleti says he sees that as a complete failure of leadership. Seeing the inaction only motivates Faleti.

“It's just given me extra wind in the sails,” Faleti says. “I see even more why we need to win this election, why it’s important for Missourians to have a secretary of state who will ensure safe and secure access to the ballot.”

Robinett, too, sees this as a time when leadership is needed the most.
“We’re a resilient city, but we need the leadership here,” she says. “As much as I don’t like to self promote, I think it’s important right now.”

It’s not all doom and gloom, Robinett says. She loved seeing the community have fun with the Ferguson Bear Hunt on April 4. People put teddy bears in their windows so kids could drive around with their parents on a hunt for them. Kids smiled and laughed as they looked out their cars’ doors.

“There is no playbook for this,” Robinett says. “Just take care of each other. That’s the best thing we can do.”