No, This Isn’t the Vaccine Helpline Phone Number 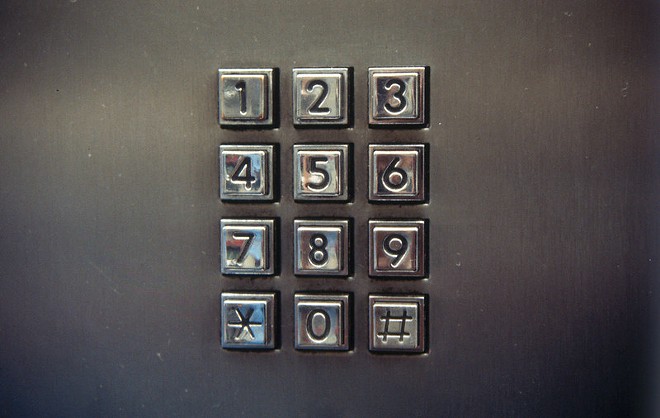 
Just a reminder that we're all one mistaken phone number away from chaos.

It’s 1981 and Tommy Tutone has released its new single “867-5309 / Jenny.” The Shambargers, an unsuspecting family in Akron, Ohio, begin receiving strange phone calls: pranksters asking things like "Is Jenny there?" At first the calls trickle, then they deluge. The Shambargers realize that Tommy Tutone has been singing their phone number, 867-5309, on radio stations and record players across the nation. They change their number and move on.

It’s 2007 and Shira Barlow, a UCLA student, accidentally drops her cell phone into a toilet. She gets a replacement, but the phone company says she has to her change her number. After two days with the new phone, calls about parties, exclusive guest lists and birthday wishes flood in. She’s confused. The calls routinely mention “Paris.” Barlow makes the connection: She has Paris Hilton’s old phone number. The calls and texts, though frequent and sometimes rude, amuse her, and she keeps the number.

It’s 2021 and a Creve Coeur office of ComForCare, a national in-home senior care franchise, is getting calls about the wrong kind of health care — vaccines. The callers claim they dialed SSM Health’s vaccine helpline. It turns out that the ComForCare’s office phone number is one digit away from SSM’s vaccine helpline.

This problem has yet to reach its conclusion.

Shawn Rimerman, president of ComForCare for the St. Louis-Missouri region, says the office fields about two dozen errant calls a day — almost half of its total calls. The issue has gone on for about a month.  Workers have it down to a script.

‘Thank you very much for you call, but you dialed the wrong number. Is there any information about ComForCare or senior care we can help you with?' they say — or things of that vein.

In the hopes of alleviating the calls, Rimerman posted in the “St. Louis and Eastern Missouri COVID-19 Vaccine Info” Facebook group, saying, “Archie wanted to remind everyone that the SSM vaccination number is 314.955.9600 / My office is one number different.” Archie, Rimerman’s dog, was pictured with his paws on a kitchen countertop as a means to attract attention. “Mickey Rooney, I think it was, said don’t ever go onstage with an animal or a child,” Rimerman says.

Screenshot
Shawn Rimerman, president of ComForCare for the St.Louis-Missouri region, tried posting on Facebook to quell the mistaken calls. The post, removed after two days, yielded no effect.


The post began gaining traction. Rimerman watched the reactions increase with each refresh. There were well over 1,100 connections; 100-plus comments. Amid the attention, Rimerman commented that people should check out his podcast, “We’re Having a Senior Moment,” for more information on health care. Later that day, Rimerman’s post was gone.

“I wanted to have fun, I wanted to be kind, and I wanted everybody to call the right number,” Rimerman says.

Per rule #3 — "No Promotions or Spam" — of the “St. Louis and Eastern Missouri COVID-19 Vaccine Info” Facebook group, an administrator had deemed Rimerman’s post unfit and taken it down. Rimerman engaged the administrator about the post’s removal, but she wouldn’t budge.

“She blocked me, ghosted me, whatever,” Rimerman says.

This didn't seem to matter.  Despite the post’s two days of popularity, the number of incorrect phone calls to the office remained steady.

For now, ComForCare is simply dealing with the extra work. Rimerman says he called SSM and proposed that they change their phone number, but they declined. Asked about whether ComForCare would change its number, Rimerman said, over Messenger, “Not going to do that. It’s a good number and have way too many $ tied up in collateral materials. Would be easier to have SSM change THEIR number than imposing on a small business.”

When asked about the conflict with Rimerman, SSM Health didn’t recall any such conversation (though Rimerman may have spoken with someone else; the first person I spoke with hung up on me, maybe figuring I'd called the wrong number).  SSM also denied ever receiving calls meant for ComForCare.