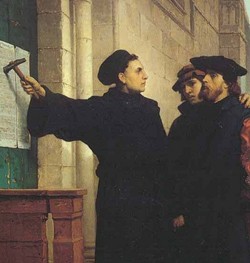 OccupySTL has some grievances for Mayor Slay.
Three days after St. Louis Mayor Francis Slay issued an edict demanding that those involved in Occupy St. Louis vacate Kiener Plaza, the "occupiers" issued their own message to City Hall.

In a statement yesterday sent to media outlets, OccupySTL accuses the mayor's office of making false allegations against their protest, including Slay's chief of staff -- Jeff Rainford -- telling media that Kiener Plaza "reeks of urine."

"Anyone is welcome to come to the site and see this is not true," wrote OccupySTL in its missive Monday. "The Mayor blames Occupy St. Louis, (which is not an organization but a group of autonomous individuals assembling to make decisions collectively) for behaviors that are almost universally the actions of individuals not participating in Occupy activities and that most likely would have occurred regardless of our presence."

According to OccupySTL, the mayor's crackdown on their occupation came after the Downtown St. Louis Partnership made a complaint to City Hall. A spokesperson for the partnership was checking into the basis of that allegation yesterday at the request of Daily RFT.

OccupySTL also "cited" Slay yesterday for what they saw as "violations" made under his tenure, including giving millions of dollars in tax breaks to keep corporation such as Peabody Energy in downtown St. Louis.

Other grievances include:
Concluded OccupySTL:

These are cases of hypocrisy and raise serious questions about unequal protection under the law. Other violations show the city's cooperation with Big Business and demonstrate complicity in the economic oppression being addressed by Occupy St. Louis. Of course, the violations include the incredible disparity and racial injustice that this City has long perpetrated on African Americans. In total, these violations make the trivial and untrue accusations raised against us pale in comparison.