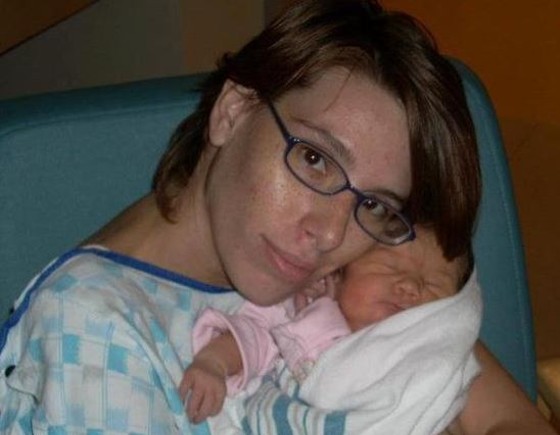 Among the most disturbing crimes reported in recent memory, the case against Jessica Howell, 26, of O'Fallon, and her boyfriend in the rape and death of her four-month-old daughter, Ashlynn Lilith Peters, has horrified readers across the county from the moment the news broke in summer 2013.

Late last week, a circuit court judge sentenced Howell to 25 years in prison for her role in encouraging Jordan Lafayette Prince, her boyfriend and a registered sex offender, to sexually assault the infant girl in December 2012. Howell pleaded guilty on January 9 to felony abuse of a child and felony murder.

"My actions were foolish. I didn't understand the weight of my actions," she tearfully told a judge after he asked if she had any remorse.

According to court documents, Howell sent texts to Peters months before her daughter's death "suggesting a willingness to allow him to engage in sexual activity with Ashlynn."

While Howell faces a long sentence in prison, Prince, 26, is awaiting his own trial for first-degree murder, abuse of a child and forcible sodomy. The trial is scheduled for March 23, although St. Charles County Prosecuting Attorney Tim Lohmar has already stated that his office will not be pursuing the death penalty against him.

@HelenAn29146628 the State is not seeking the death penalty in this case.

Howell had met Prince over Facebook while she was pregnant with Ashlynn, and the two discussed his history of sexual assault against children after she discovered his name on an online sex offender registry, according to the criminal complaint.

On December 2, 2012, Howell left her daughter with Prince to spend the night. He later told police that he strangled the baby because she wouldn't stop crying.

An autopsy, however, revealed injuries consistent with sodomy. The injuries were so severe that the child would have died even if she had not been strangled, investigators said.

In the wake of the charges filed against Howell in 2013, Daily RFT reported on the unsettling Facebook posts made by Howell and Prince, as well as a memorial page she had seemingly set up for Ashlynn.

"[T]his will not be easy but i will not give up on his innocence," Howell posted to Facebook on December 9, 2012, defending her boyfriend.

Six says later, she posted, "there was so much more that played a factor to her death than [sic] police are brushing off."