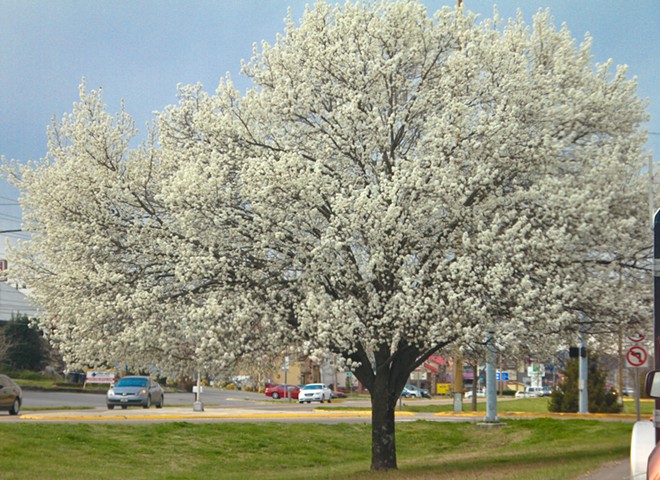 pulaw/FlickrCC
No that is not semen you smell.

Last year we wrote about how the Missouri Invasive Plant Task Force was offering to haul away your Bradford pear trees, which are currently blooming all over St. Louis, and replace them with something less terrible.

The problem with Bradford pear trees? For one thing, their smell. For some, they smell like rotting fish. For others, they're like vomit. And for the unfortunate majority of us, these things reek of semen. 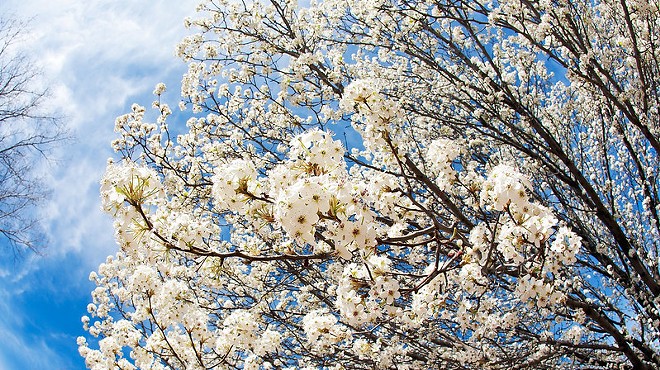 Missouri Task Force Is Coming for Your Bradford Pear Trees


While the Bradford pear's delicate white flowers are beautiful, they also harbor compounds that are derivatives of ammonia, which produce the familiar, post-coital scent. They actually do produce pears (don't eat them!) that birds love and spread throughout the area, encouraging more of these awful trees to grow.  Then there's the fact that they’re wildly invasive. The non-native tree (also known as the Callery pear tree) has been terrorizing us for more than 70 years, after someone had the bone-headed idea to bring one back to the United States from China. Americans loved them in the '50s when they were new here, as they grew in just about any type of soil and were attractive. But the damn trees began spreading wildly, crowding out native trees and plants and generally mucking up regional ecosystems.

Should Missouri follow suit? Our concerns, both olfactory and environmental, make us suspect the answer is yes.