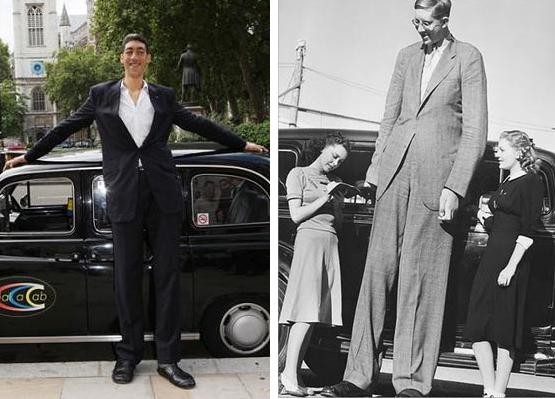 Sultan Kosen stands 8'1" compared to Robert Wadlow's 8'11".
For the record, yesterday was Guinness World Record Day. Thousands of record-setters and fans of the almanac of bizarre feats showed up in London to celebrate the occasion -- including Sultan Kosen of Turkey.

Kosen, according to the Guinness Book of World Records, is the world's tallest living human at eight-foot-one. But he's not the tallest man ever to have lived. As the Belleville News-Democrat notes this morning, that title still belongs to Alton-native Robert Wadlow.

Wadlow grew to the astonishing height of eight-feet-eleven-inches before his death at age 22 in 1940. Thus Wadlow still has a healthy ten inches on the 27-year-old Kosen. Yeah, take that Turkey!