One Man's Trash Is Another Man's Heart, Lungs and Brain 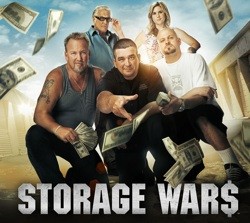 What's the resale value of a rotting heart?
It sounds like either the laziest episode of Dexter or the best episode of Storage Wars: A man in Pensacola, Florida won the contents of a storage unit at auction, and then discovered what he bid on were the poorly-preserved remains of human organs.
Tucked away in cardboard boxes were plastic containers leaking formaldehyde. Inside were decomposing hearts, lungs and brains.
Police were duly contacted, and they determined that the previous renter of the unit was allegedly Michael Berkland, a former contract medical examiner in Jackson County, Missouri.
Berkland had been relieved of his duties in Jackson County in 1996 after investigators found a number of undissected brains in his possession following a review of his performance and files. (Talk about taking your work home with you.) His medical license was revoked following that incident, although that did not preclude him from working at the medical examiner's office in Pensacola. Berkland was reportedly fired from that job in 2003 for not completing autopsy reports.
No charges have been filed against Berkland in this current incident.