OPINION: I'm Ready to Become a Bernie Bro (I Think) 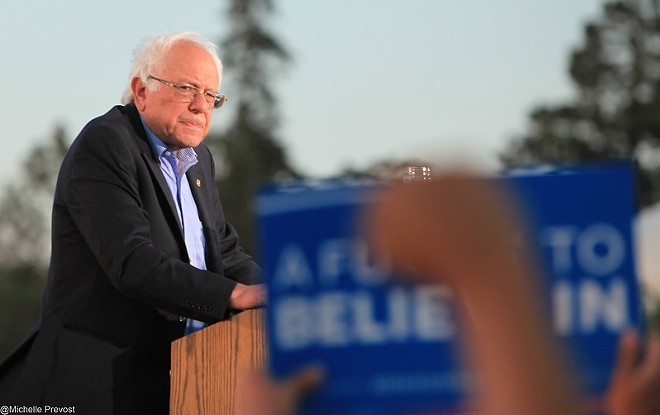 SHELLY PREVOST / FLICKR
This man is your man, this man is my man.

Today is the last day that I will complain (publicly) about extreme Bernie Bros because tomorrow is Super Tuesday, the day that all of our confusion will likely be cleared up! Rejoice!

Once the results come in tomorrow we might know who the Democratic nominee will be, and it’s looking like it could be Bernie Sanders.

I’m more of a fan of Elizabeth Warren, but if Bernie Sanders is the nominee then Go, Sanders, Go! I’m team #AnybodyButTrump, and I will vote for literally any person on the ballot who is not Donald Trump. (Yeah, even that fucker Bloomberg. Fight me.)

I’ve been reading posts and comments from Bernie Bros on social media for years and have been taking notes. Just like Jane Goodall did with the chimpanzees, I’ve been studying what behavior to exhibit in order to be accepted as part of the social group.

As far as I can tell, these are the things that I’ll need to do to blend in online with my new brethren:


Did I miss any? Am I doing this correctly? I better email myself now and call me a clueless dude who lives in his mom’s basement. Then I need to post about how I hate me on Twitter and Reddit. I’m a Bernie Bro now, after all. It's a full-time job.