Send a News Tip
What a weekend we just had. Decent weather, little precipitation, about 30 concerts around town and lots of football and pot-culture on Sunday. A big weekend all around, which might be why this weekend wrap-up is coming a little after noon. Forgive me.

In case you missed it, here's what went down over the weekend. 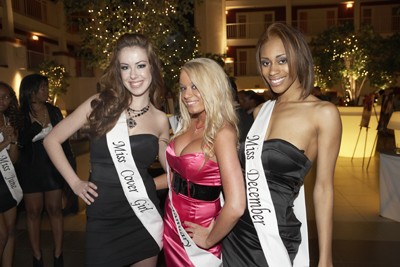 On Saturday night, the 2009 "Ladies of Lumiere" 2009 calendar was released at the Hotel Lumiere. Steve Truesdell brought back these photos.

On Sunday night, St. Louis Cardinals manager and animal lover Tony La Russa hosted a variety show / benefit concert for ARF, his animal rescue foundation. Among the entertainment was Huey Lewis and the News (Lewis is pictured.) Read a review of the show in A to Z, check out photos here and if you missed it, read over our interview in last week's paper with La Russa.

Counter culture icons and comedians Cheech Marin and Tommy Chong performed two shows Sunday at the Pageant, for fans old and new. Photographer Kenny Williamson was there and brought back these photos.

Also on Sunday, you might have seen former Ram Kurt Warner lead the Arizona Cardinals to a win and gain a Super Bowl birth. Time to get out that old Warner jersey? If you sold it/are using it for a car shammy, you can probably still find a Warner jersey on eBay.

On Friday, Target Market and Say Panther (pictured) played Cicero's in chilly University City. Steve Kozel was there and brought back photos and a review.