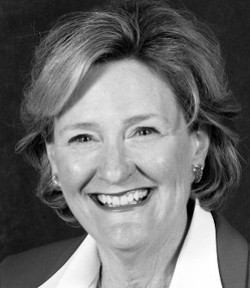 Many of you shared our outrage a few weeks ago when we reported that Lee Enterprises, parent company of the Post-Dispatch, gave its CEO Mary Junck a $500,000 bonus for successfully guiding the corporation out of bankruptcy. CFO Carl Schmidt made out pretty well, too: He got $250,000.

The P-D employees are pretty pissed off, too -- and not just the ones who got laid off the same day Junck and Schmidt got a little something extra in their pay envelopes.

And so today at noon Post-Dispatch employees will gather outside the paper's offices at 900 North Tucker in protest. All attendees will receive a cupcake in honor of the Marie Antoinette-ish-ness of it all.

As Shannon Duffy, business representative of the United Media Guild, the largest union at the P-D, put it in a press release:

Since when does tanking a company rate a bonus? For a corporation that saw its stock plummet from $40 per share when it purchased the Pulitzer chain in 2005 to just over a buck-a-share today, it's unbelievable that Lee's board of directors would reward that kind of performance.

The cupcakes, by the way, will be baked by a union baker. Solidarity forever.