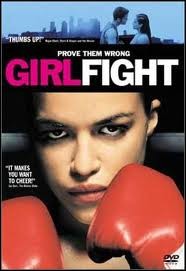 If you thought Tupperware-style direct sales parties were all fun and games, guess again.

A lawsuit filed in federal court this week argues that a St. Louis woman should pay $2 million for damages incurred by a barbecue she held in her home -- claiming she invited colleagues from one direct-sales company and attempted to recruit them for a (gasp!) rival.

The lawsuit alleges that Mary Grace Lewandowski had risen through the ranks at the direct-sales company PartyLite, which uses a network of stay-at-home moms and part-timers to hold parties pitching their girlfriends on candles, potpourri, and toiletries.

But in July, the lawsuit claims, Lewandowski -- then a "senior regional vice president" with PartyLite -- held a barbecue to announce she was leaving PartyLite for Park Lane Jewelry.

That company uses a network of stay-at-home moms and part-timers to, you guessed it, hold parties pitching their girlfriends on costume jewelry.

Any woman who has girlfriends, and is between the ages of 25 and 70, knows how these parties usually work. One of your BFFs will invite your circle over to eat spinach dip and drink wine -- and while you're at it, pressure you lightly to spend money on kitchenware. Or Mary Kay. Or sex toys, which (for the record) is definitely a little weird.

Anyway, although Tupperware may have debuted the concept, today a host of businesses rely on a loose pyramid of stay-at-homes and weekend warriors to sell their ways to their nearest and dearest friends. It's a $30 billion industry in the U.S. alone.

And so when Lewandowski decided to leave one direct sales company for another, it's not surprising that she thought a party -- specifically, a barbecue -- would be the way to bring some friends with her. That's a business she knew.

The surprise is how well-coordinated the plan was -- and how dramatic the lawsuit is in its telling.

As the suit alleges:

The suit claims that Lewandowski then pointed to a pile of "so-called 'waivers" and announced that she couldn't say why she was leaving. But if anyone wanted to sign a waiver, they could then meet her in the other room.

And then here's the real kick to PartyLite's solar plexus: The "so-called 'waivers'" were actually a recruitment form for direct-sales company Park Lane.

As the suit makes clear, there's no love lost between the two companies: "Unlike PartyLite, Park Lane is not a member of the Direct Selling Association and does not assert that it complies with the DSA code of ethics ... In the past, Park Lane's recruiting practices have been legally challenged and have even resulted in findings of willful contempt of court for its violation of a federal court injunction." Snap!

After some of the attendees signed the "so-called 'waivers,'" the suit alleges, Lewandowski "called ... a corporate employee of Park Lane, who was standing by at a nearby hotel, waiting to be called to the barbecue."

On the same day, Lewandowski sent PartyLite her letter of resignation, the suit alleges.

And at least seven PartyLite people also jumped ship for Park Lane -- even though the suit claims they were still under contract with PartyLite.

Lewandowski didn't respond to a voice mail at her home seeking comment. We'll update if we get her side of the story.

For the record, Lewandowski appears to have been a big seller for PartyLite, to the point of being featured in one of PartyLite's online brochures and cited in online chats by her colleagues for her inspiring work as a presenter at PartyLite conferences. The lawsuit says she was with the Massachusetts-based company for 12 years.