Pathetic Tale of the Day: One Dead, Three Injured for Stealing Laundry Detergent 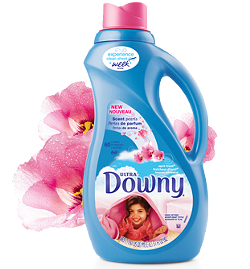 Man allegedly stole several bottles of Downy and Tide.
This story is just sad. Yesterday around 1 p.m. a man and woman walk into a Family Dollar in Hazelwood with a young girl in tow. Employees say they saw the man stuff laundry detergent and fabric softener into his pants before leaving the store and called the cops.

Hazelwood police arrived just as the man sped off with the woman, girl and another young girl who'd been waiting outside in a silver Monte Carlo. The cops say they initially pursued and then backed off when they realized the man was wanted for a simple shoplifting charge.

Still, the driver sped on for a couple miles before crashing into a stoplight standard that killed his female companion and sent him and the two girls to the hospital with serious injuries.