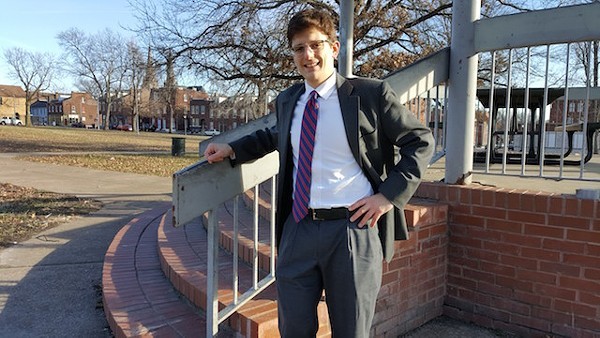 If the allegations are proven, the lengthy legal complaint could cost the city more than $500,000 over Sunshine Law violations alone, with the potential for legal fees on top of that.

The suit is being brought by Elad Gross, a lawyer who ran to be the Democratic nominee for Missouri attorney general in 2020. Gross' co-plaintiff is Robert Childs, a former detainee at the St. Louis City Justice Center.

The transparency lawsuit stems from a year ago when Gross was conducting research in preparation for a possible separate lawsuit brought on behalf of Childs against the city jail. Childs claims that the conditions there, including doors that didn't lock, led to him to suffer "serious physical injury."

As part of his work on that potential case, Gross filed a Sunshine request for records from the jail relating to Childs' alleged injury.

Gross says that he had significant experience requesting records from city and state entities, including successfully arguing Sunshine law-related cases in front of the Missouri Supreme Court, but that he did not expect any issues with the city.

"I thought, 'Oh, city of St. Louis, I know a lot of these folks. This should be easy,'" Gross tells the RFT.

He made that request in September of 2021. But almost a year later, many of the requested records have not been released.

"Every day the City delays producing records is another day that the statute of limitations runs for Mr. Childs to file a lawsuit," Gross tells the RFT. "The City's delays are putting his rights in jeopardy in a lot of different ways."

The suit filed yesterday also references an Aug. 24 report from the RFT , which accuses the city of flirting with Sunshine law violations. The story detailed patterns of long delays in having records requests fulfilled and what one attorney called "constant nonsense and game playing" by the city. 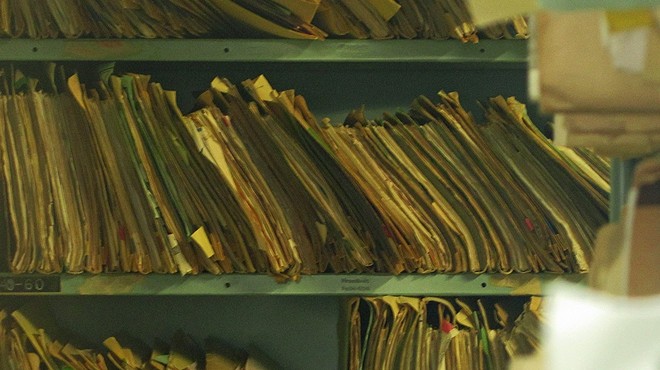 Gross' suit alleges that Jones, Hamilton, and others in city government have created a system in which transparency laws are regularly violated. According to the lawsuit, city personnel "delayed producing public records, charged unsupported fees for access to public records, refused to correct their behavior when warned multiple times."

In the suit, Gross also alleges that key city personnel responsible for handling Sunshine requests are "currently unidentifiable." That includes the custodian of records for the city's Department of Public Safety and the Division of Records.

City employee Joseph Sims is also a defendant in the suit. In August, the mayor's communication director Nick Desideri told the RFT that while city departments each have their own custodians of records, Sims is the city's Sunshine Law coordinator. In that capacity he acts as a liaison between the online platform through which requests are submitted and the various custodians of records at different city departments.

The Post-Dispatch has reported that, "The custodians who actually keep records — and can often facilitate more precise, easier-to-process requests — are told not to communicate with members of the public."

“Initially, the way that this Sims guy from the City Counselor’s Office was responding, I thought he was an attorney,” Gross says.

Gross says he interacted with Sims as if Sims were a lawyer. At one point, Gross says that he asked to be put in touch with the attorney in charge of Sunshine compliance and he was put in touch with Sims. It wasn’t until Gross looked Sims up on the Missouri Bar Association website that he realized he wasn't licensed to practice law, at least in Missouri.

"When I had someone else speaking on behalf of the custodian [of records], I thought that person was their attorney, which does happen," Gross says. "I did not think that person would be a staff member."

Gross tells the RFT there is "a lot of weird, shady stuff" regarding how records requests are handled in the city.

In total, the lawsuit alleges more than 100 violations of the sunshine law by the city. Each violation can carry a $5,000 penalty, Gross says, meaning that possible damages in the case could reach a half-million dollars.

A previous version of this story stated that Gross had filed a lawsuit on behalf of Childs against the City concerning Gross' time in the city jail. However, Gross was only in the process of researching that potential suit when he encountered issues with the City's handling of sunshine requests which became the basis for the current transparency suit.