Peter Kinder Will Not Be Running for Governor 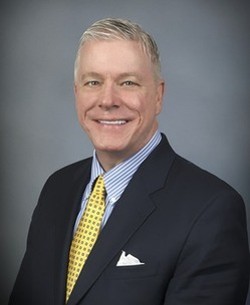 Peter Kinder's had a rough year.
Today Lieutenant Governor Peter Kinder announced that he will not run for governor. Instead he will seek a third term at his current seat.

On one hand this is mildly surprising considering that he's been considered the GOP front-runner to challenge Governor Jay Nixon in 2012. On the other, there have been plenty of reasons to have seen this coming.

For one, Kinder has been on the wrong end of a series of unflattering headlines involving strip club visits, an allegedly strange relationship with a former stripper, lavish tax-payer funded hotel stays, and Twitter outbursts. At least one donor asked for a refund soon after the stripper controversy erupted. While it is not clear how much the negative attention affected his electability, a September poll by the left-leaning Public Policy Polling showed Kinder 19 points behind Nixon. By comparison, Bill Randles, at the time the only official gubernatorial candidate, trailed Nixon by just two more points, despite low name recognition.

Secondly, earlier this week, St. Louis business man Dave Spence, who was Kinder's frat bro back at Mizzou, announced his candidacy for governor, framing himself as an "alternative to Peter Kinder." Politico reported that this week Kinder was still telling donors that he was planning to run. There were rumors that he would announce his candidacy this weekend. Perhaps Spence knew something we didn't know.

And thirdly, GOP rising star Steve Tilley, current Speaker of the House, dropped out of the race for lieutenant governor, which gave Kinder a safer political alternative to running for governor.

So, as it stands, the GOP primary field consists of Spence and Randles. If the status quo holds, this would be the rare (perhaps refreshing) high-profile race between two men-- a businessman versus a lawyer-- with no experience as elected officials and little name recognition. Which should make for a particularly interesting contest, as both candidates are essentially blank slates with ample room to shape the election's narrative. While the September poll didn't include Spence, it illustrated that most voters are still unsure what to make of Randles. When asked if they had a "favorable" or "unfavorable" opinion of him, three fourths of voters answered "unsure."

A casual stroll through Daily RFT comment sections, though, indicates that Randles seems to be building a passionate Ron Paul-like following, a spirited head start nine months removed from the primary.