Photo: This is The Scariest Mugshot We've Seen in a Really Long Time 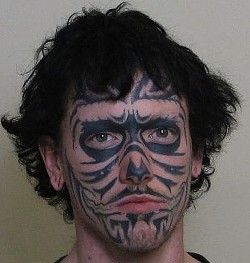 So says Captain Mike Dixon of the Madison County Sheriff's Office, who tells us he's never seen any mugshot like this in his twenty years on the job.

He's seen faces with tattoos before -- but nothing quite like this.

What did 24-year-old Adam Roberts do? First check out a bigger version below of probably the scariest mugshot we've seen in a really long time. 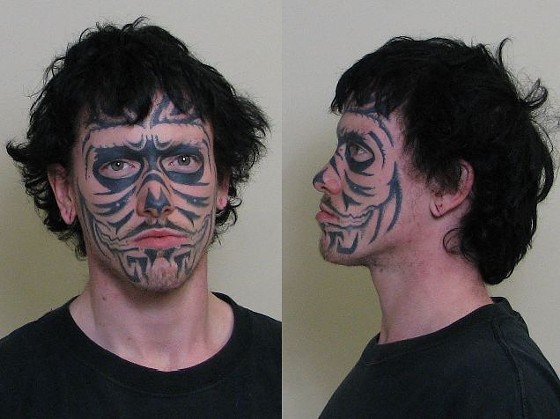 The sheriff's office, which sent out the alert this afternoon, say that on Sunday, February 17, officers responded to Self Storage at 7006 Godfrey Road in reference to several storage unit burglaries.

We wish you all a happy Friday afternoon with this close-up shot. 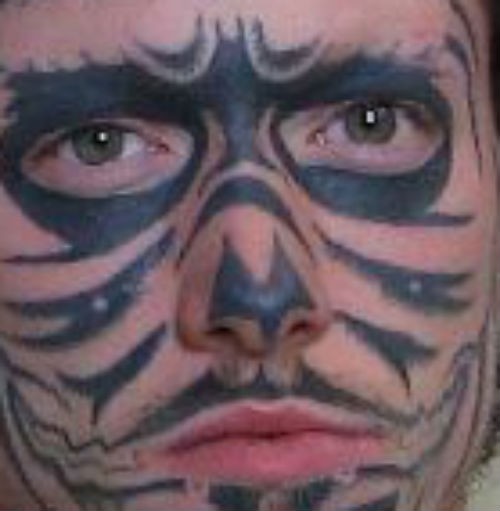