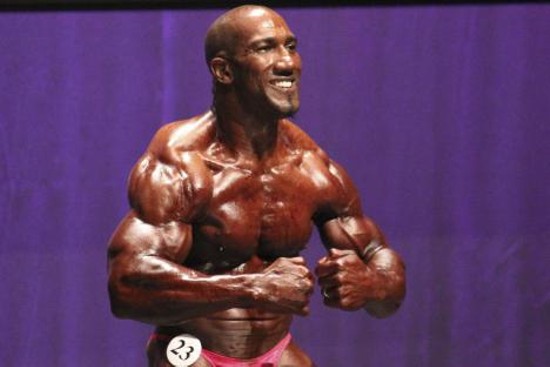 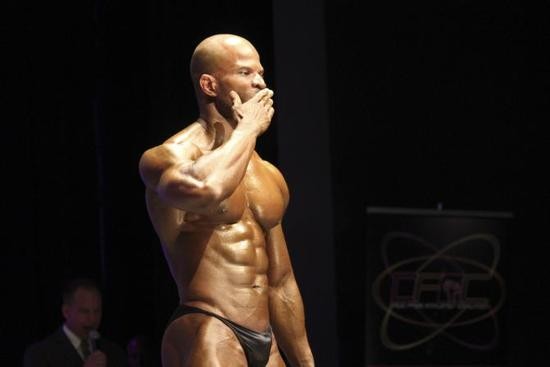 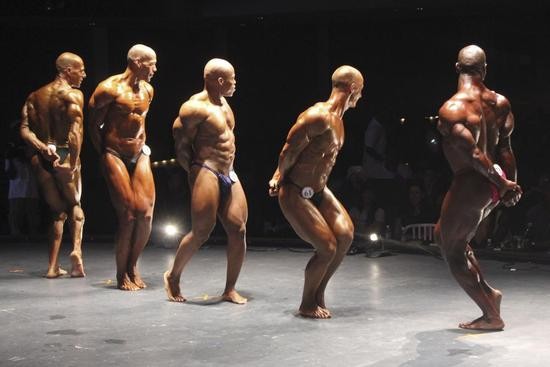 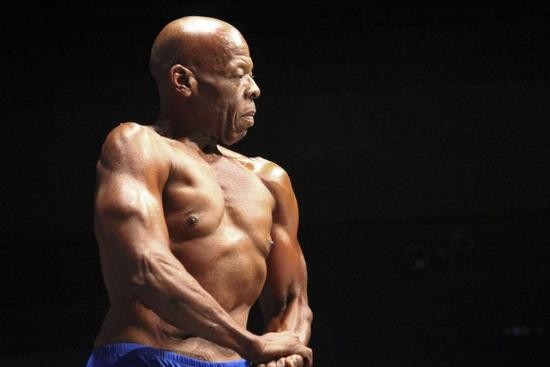 Shropshire was right. Too right -- he lost in the evening to Dan Noble, owner of Max Sports Nutrition in St. Louis, an opponent who apparently was thinking the same thing as Shoprshire.

Shoprshire's physique is nothing to scoff at; he is demonstrably whooping his golden years in the ass at 60. And while there were only a handful of bodybuilders near or above 50, the ultra-disciplined lifestyle seems to be working pretty well for them.

Ella Thomas, 45, has been competing in events since January. She explained: "I saw a friend, and her body looked pretty good, and I wanted to compete with her."

She laughed, adding, "Yeah, I wanted to beat her." Later that day, Thomas won first place in her class, taking home a DFAC pro card in women's bodybuilding.

And before you judge her less-than-noble motivations, it turns out keeping your body in peak physical conditions has other, remarkably healthy upsides even when you're not showing off your bronzed and perfectly cut hammies: Thomas said her exercise regiment and diet means she almost never gets sick, her digestive system is great, and (oh, right) she's in a bikini out on a stage in front of hundreds of people when most women at her age...are not.

Of course, Thomas and all the rest of the bodybuilders didn't go out there au naturale: Pre-match preparations commonly included last minute time with your posing coach, light weight-lifting to keep your muscles defined and blood flowing, and, of course, bronzer. A hell of a lot of it.

So what's with all the bronzer? And how can I make my manly chesticles really 'pop' in on stage? Find answers and more photos on the next page.

The tale behind the tanning lotion is that a layer of dark bronzer shows off muscle definition in all its veiny detail, especially once under the bright stage lights. Many bodybuilders allow themselves to be shellacked with tanning lotion and bronzer over almost the entire body, leaving only some skin around the eyes and the little left covered by a bikini-brief. (But in most cases, not really that little. Try not to stare.)

While simple cosmetics can help a competitor get a bit more oomph from his or her physique, the real work happens in the previous months of weight training and dieting. No steroids, just good old-fashioned work; but that's not to say there aren't are a few things you can do to help yourself out.

"If you take the right supplements, amino acids, your glutamine, your whey protein, you watch your diet, your carbohydrates, your fats, your macro nutrients -- then you can actually develop a really nice physique," Dexter Taylor, 51, said before taking another bite of a rice cake covered in peanut butter and honey. (It's a popular snack among bodybuilders that causes blood vessels to widen, thus giving muscles that coveted "bulging out" look.)

He added, "You're not, of course, going to get as big as Arnold Schwarzenegger or Jay Cutler or Ronnie Coleman."

Those names -- Cuter and Coleman especially -- get tossed around once the steroid issue is brought up, and they are the most visible and lucrative faces of a sport that DFAC's co-founder Rich Fitter is trying to reclaim under the banner of natural bodybuilding. His vision for the DFAC is for it become the face of the strictest drug testing in the sport.

"I support drug testing throughout sports," said Fitter, himself an ex-bodybuilder. "I try to set an example for my son."

Let's get this down: As the biggest steroid crackdown in Major League Baseball history unfolds and Lance Armstrong detaches further from reality, could it really be that the only succeeding model for repairing and reclaiming a sport damaged by the thrall of steroids is...bodybuilding? Huh.