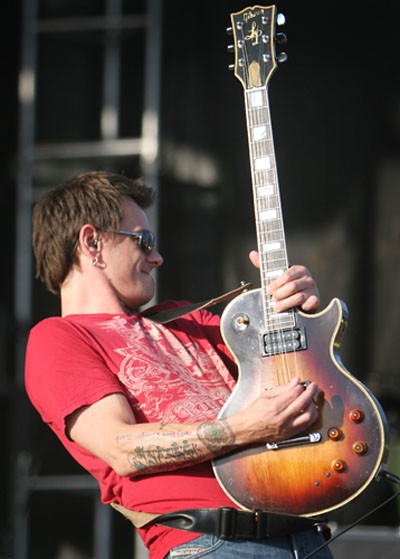 Peter Klett, Candlebox guitarist, rocks out on his guitar.

Kevin Martin of Candlebox makes one of his biggest fans day. 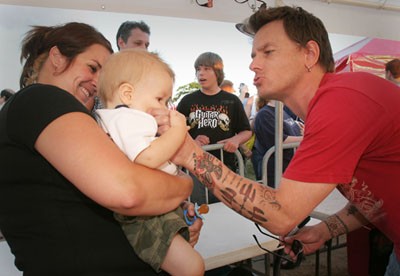 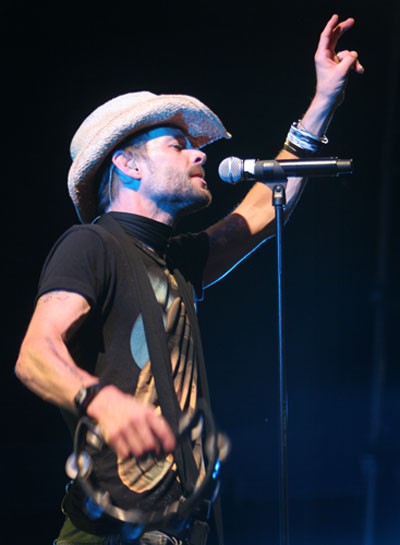 A large crowd gathered at the Ozzie Smith Sports Complex in O'Fallon for music and fireworks.