Photos by Danny Wicentowski
Firefighters such as Aaron Buchanan, in the white shirt, are never really off duty.

The blaze started around 11:45 a.m. Thursday when workers preparing to pave the store's parking lot noticed flames and smoke billowing from front of the structure. Daily RFT happened to be at the scene before the firefighters arrived and captured this photo diary of the department at work -- including the removal of many beautiful, but ruined, pieces of antique furniture from the building. 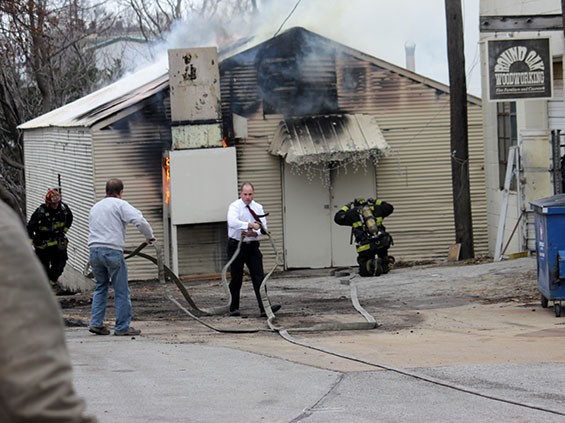 As firefighters raced toward Round Oak Woodworking in Cheltenham, there was one man who stood out from his suited-up comrades. Aaron Buchanan, who was off duty at the time and happened to be in the area, met the firetruck just as it arrived and ran toward the burning structure dressed in a spiffy white shirt and tie.

After making sure his fellow firefighters had the situation under control, Buchanan walked away. 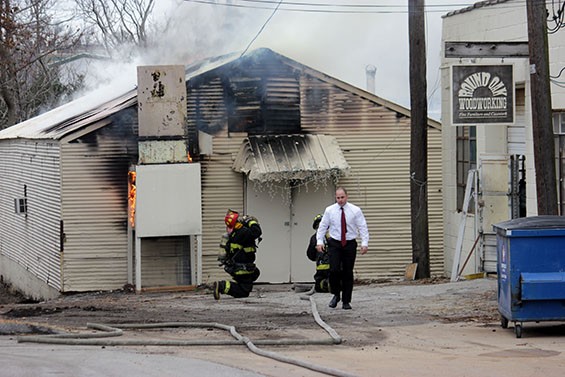 According to St. Louis Fire Department spokesman Garon Mosby, a worker inside the shed had been grinding the bolts off an exhaust hood when one of the bolts, which had become super-heated from the grinding, fell into some kind of flammable liquid. No one was injured by the fire.

Daily RFT was on the scene as some of St. Louis' bravest extinguished the one-alarm fire. Though they saved the structure, virtually all the work inside appeared to be destroyed. 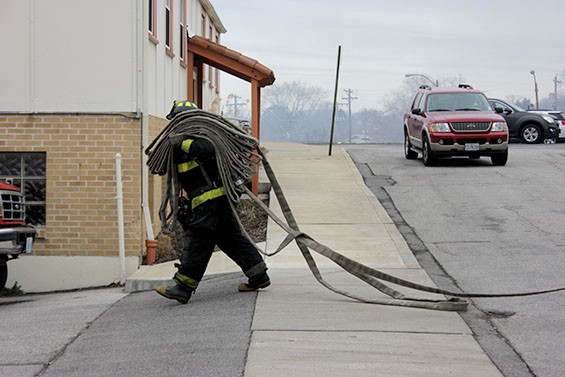 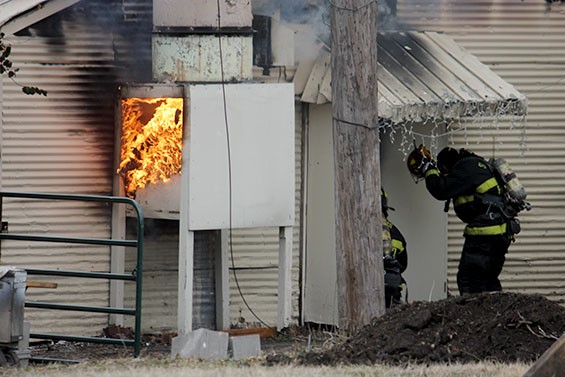 Mosby explained the firefighters wore masks as a precaution due to the possibility that toxic paint and lacquer were giving off fumes. 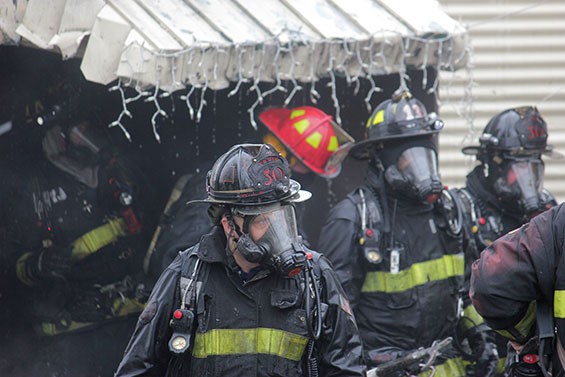 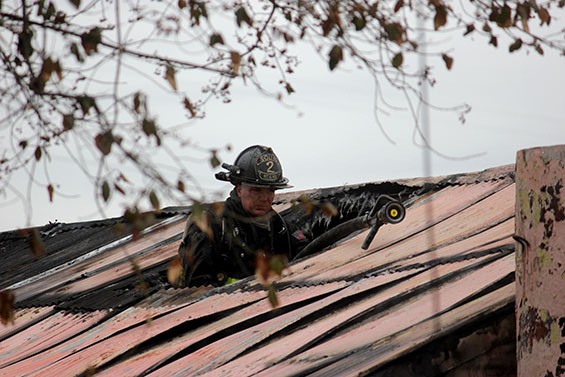 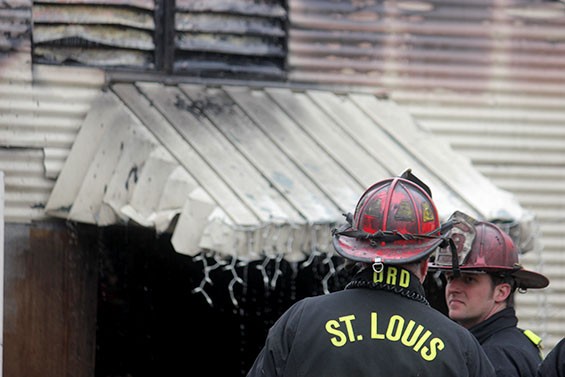 After the fire was put out, firefighters assisted the store's owners with carrying out damaged antiques and soot-stained pieces of furniture. 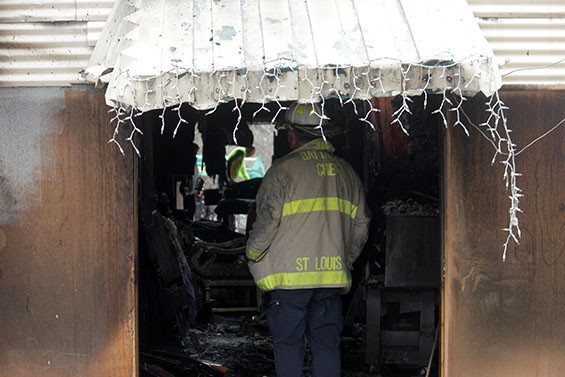