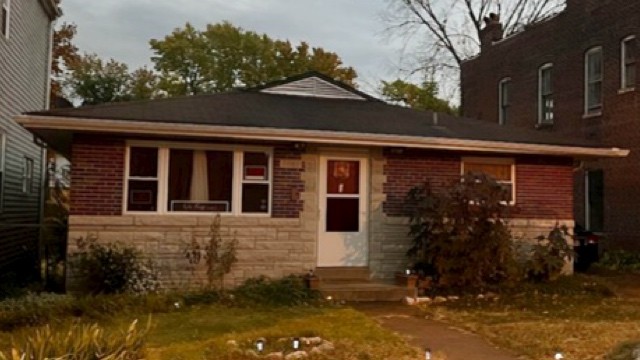 
Police have identified a former student as the suspect in today's deadly shooting at Central Visual and Performing Arts High.

Saint Louis Metropolitan Police and the FBI are trying to understand why Harris committed his alleged crime. Harris died in the school after a gunfight with police. He has no prior criminal history.

"There may be some mental illness that he was experiencing," Sack said at a news conference.

Injured victims were no older than 16, except for a 61-year-old woman who has not been identified by police. However, family members of Jean Kuczka have confirmed to reporters that the health teacher died while shielding students in a classroom.

A 16-year-old female also died on the scene.

All other victims are in stable condition. The victims include:
There could have been a lot more victims had police not intervened so quickly, according to Sack. Harris allegedly had almost a dozen 30-round, high-capacity magazines in his possession.

Law enforcement received a call of an active shooter at approximately 9:11 a.m. Officers arrived at 9:15 a.m. and located the suspect at 9:23 a.m. Harris was shot in a gunfight two minutes after.

"It could have been a whole lot worse," Sack said.

It's still unclear how Harris gained access into the high school.

According to Sack, the teenager walked up to the school and made no attempt to hide his weapon. The doors were locked. Seven security officers were stationed at the school. Metal detectors were set up in at least one entrance.

Sack would not comment on how the shooter entered the school.

"To give the answer is really offering an opportunity for somebody else who would want to try to get into a school," Sack said.

Harris appears to have lived most recently in the city's Carondelet neighborhood in a nicely maintained small house with Halloween decorations. Next door is an abandoned building.

Neighbors told a reporter that 15 law enforcement cars, police and both FBI, showed up around 10 a.m. this morning.

“I haven’t seen that many guns since Iraq,” said Jimmy Wilkerson, a warehouse manger and military vet who works on the block. Wilkerson says that house was always quiet, the last you’d expect to be involved in something like this.

The RFT's Ryan Krull contributed to this story