A video screen inside a St. Louis taxicab reportedly showed three naked women touching themselves, startling a passerby who ended up reporting her complaints.

A woman named Renee declined to give her last name to KMOX (1120 AM), but she told the station that when she was at Fourth and Market streets one night earlier this month, she saw the lewd images on a screen inside the taxicab.

And the allegations, it seems, have sparked a rule change at the Metropolitan St. Louis Taxicab Commission, outlined in an e-mail forwarded to Daily RFT this morning.

That e-mail, from the office of the commission's director, says that a new rule was posted on Friday and will go into effect on June 17. That rule, according to the e-mail, says:

Electronic video devices may not be used in the presence of passengers. The viewing of pornographic videos or other sexually oriented materials on video devices is strictly prohibited at all times. Violations will result in a Class II violation. 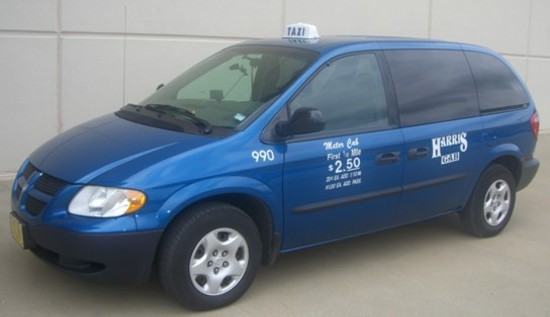 The station says that the vehicle was a Harris Cab Company car. (The commission oversees and regulates a number of different companies.) We left a message with Harris today as well.

Regardless, it appears that no video electronics will be permitted at all going forward.