Princess Diaries: From across the country they came, all hoping to be crowned a Dream Girl USA

Descending two sets of escalators into the bowels of the Millennium Hotel, one is confronted by the saffron glow of dizzying gold-patterned hotel carpets. Multiple chandeliers light up the ballroom, and in the hallways, there's a buzz. Young girls wearing long, formal dresses with satin sashes, their crowns speckled in rhinestones, scurry to the bathroom to check themselves in the mirror one last time. They hover between panic and exhilaration in their Cinderella-wear. Mothers, too, are frenzied and, of course, doting. Soon, they'll be watching their little princesses perform.

The three-day journey to become Dream Girls USA royalty is about to begin. We followed three Missouri girls — Victoria Leigh Owen, Davana Lumley and Gracie Ellen Clark — from the state competition at the end of February to their contest against 34 other girls in the Little Miss Dream Girl division at the national pageant, held over Memorial Day.

The usual highs and lows of the pageant experience are punctuated by moments of petulance, sweet anticipation and yes, exhaustion. When a dream girl's reigning year has come to an end, an often tearful walk across the pageant stage adds cinematic drama, as she bids a reluctant farewell to her throne just before the crowd welcomes its new queen. 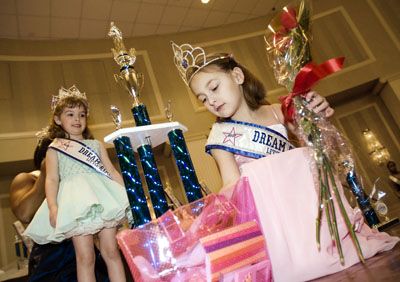 Becoming a Dream Girl is hard work, and the days are filled with long primping sessions and even longer periods of waiting for that magic moment on the coveted stage. Contestants have come from across the country, this year in record numbers. But all the time, effort and expense is worth it, for when the final day arrives, and the crownings are to be announced, they will hear one last time the pageant's mantra: "Don't just dream it, do it." 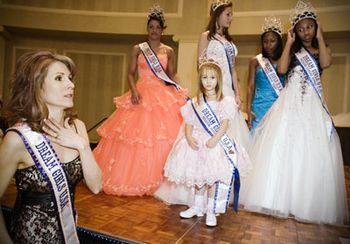 Photo Slide Show: Princess Diaries: From across
the country they came, all hoping to be crowned a Dream Girl USA 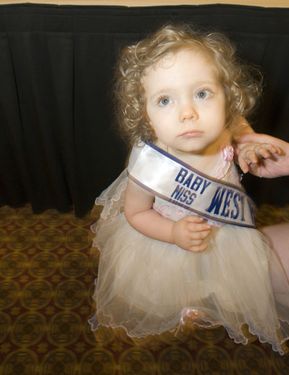 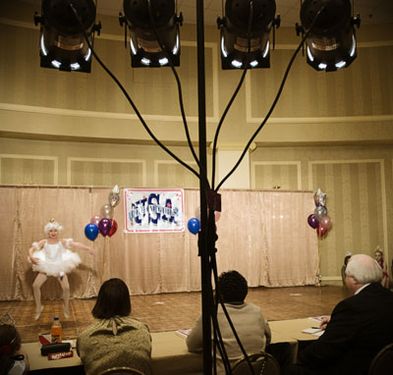