UPDATED: Protester Appears to Be Hit By Car at Pro-Choice Rally in St. Louis 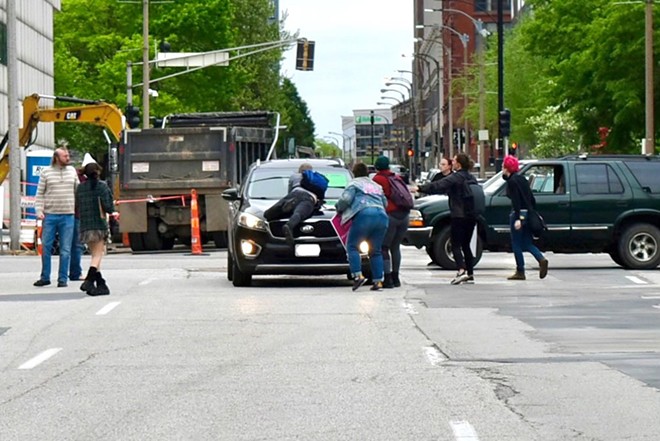 Reuben Hemmer
We've hidden the license plate on this vehicle. No other alterations have been made to this photo.

Activists gathered downtown Tuesday afternoon to protest the potential overturning of Roe v. Wade. Eyewitnesses are reporting that a protester was hit by a car.

The RFT had a photographer, Reuben Hemmer, at the protest.  Here’s what he said:

“Basically I heard what sounded like a big 'slap' and I looked over and saw this driver continuing to push forward with this person on their car. He did not jump on the car. There was a cop car immediately behind the driver, and as soon as the cops turned on their lights the driver stopped. People rushed the car, and the cops intervened. They initially put the driver in the back of their cop car, but then let the driver get back in his car to move it. He stayed in his car for a good amount of time, and I’m not sure what happened after that. I assume he was arrested, but I can’t say for sure. The cops then offered to use their cars to block the street off so nothing like that would happen again.”

Update 5/4: The St. Louis Metropolitan Police Department confirmed the incident, saying the full report is currently incomplete but gave the information they had at this time. The preliminary investigation says protesters were forming a chain to block traffic when an Uber driver believed he would be let through the line.

“The driver proceeded cautiously,” the report continues. “A protester jumped on the front of the uber driver’s vehicle, blocking his path. There was no damage and/or injury as a result.”

The report notes that information on all involved was obtained and will be included in the report as the investigation continues. KSDK conducted an interview with the man — Joseph Cook — last night, and reported that he said the “car came up to us, came up to us somewhat slowly and then paused and then accelerated into us.”

"There's a lot of really angry, nasty, ugly people out there who are totally happy to run people over," Cook said to KSDK.

He added that he was feeling okay and wanted to get back to protesting for abortion rights.

We’ll continue to update this story as more information becomes available from the police department.

We've attached more photos of the incident below. 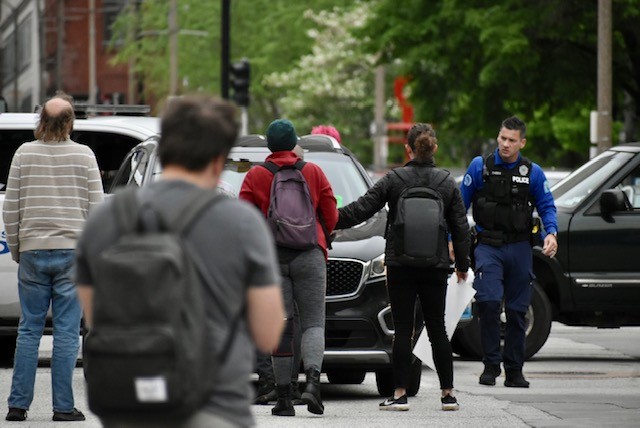 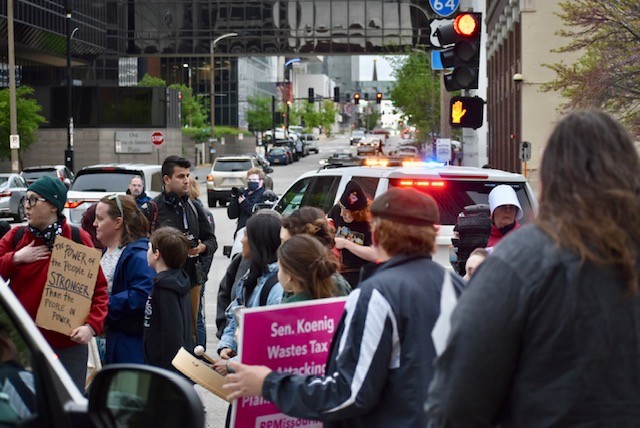 Reuben Hemmer
The crowd gathers around the police car.

Reuben Hemmer
Protesters look on at the scene.