For reasons I will not get into here, I went shopping this morning for one of these: 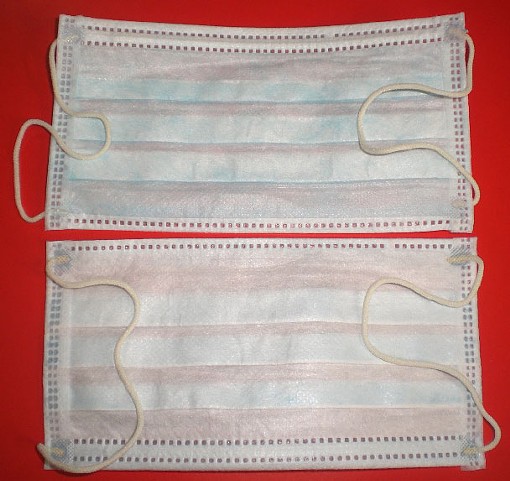 Wikimedia Commons
When I told the Walgreens clerk I was looking for a "face mask," she cheerfully accompanied me to the cosmetics aisle and pointed out a squishy-feeling pomegranate concoction I might like.

"Actually," I said, trying to be as chipper as she at 8 a.m. on a Thursday morning, "I'm looking for the kind that will supposedly save my life from, you know, the swine flu."

"Are you kidding, girl?" she spat out. "We've been out of those since Sunday!"

So here I am with the public service announcement of the day. Maybe the week.

You will not find a face mask at pretty much any area Walgreens.

I know because I called twenty Walgreens all over the metro area, including some in St. Louis city, Affton, Brentwood, Crestwood, Festus, Kirkwood, O'Fallon, Overland, Wildwood, and on and on.

Now: There are *2* stores that have the masks -- for the moment. The Walgreens on South Grand Boulevard at Bates Street says they just got a shipment in, but cannot guarantee how long the limited supplies will last. And, the Walgreens in Eureka has a few left. "But," said the employee I talked to at the Eureka store, "we are only allowing one package [of two] per customer."

A gal in Wildwood said the Walgreens warehouses all over Missouri and Illinois have been emptied and that she wasn't expecting any more shipments for at least a week from tomorrow.

Walgreens spokesman Robert Elfinger, up at company headquarters in Deerfield, Illinois, says, "Most stores [nationwide] are out of stock. But we are working on it. We don't have any timeline."

On that note, I'm going out for something pomegranate.

Wikimedia Commons
This mask might not save you from the swine flu, but it might be easier to track down than the kind that definitely will.