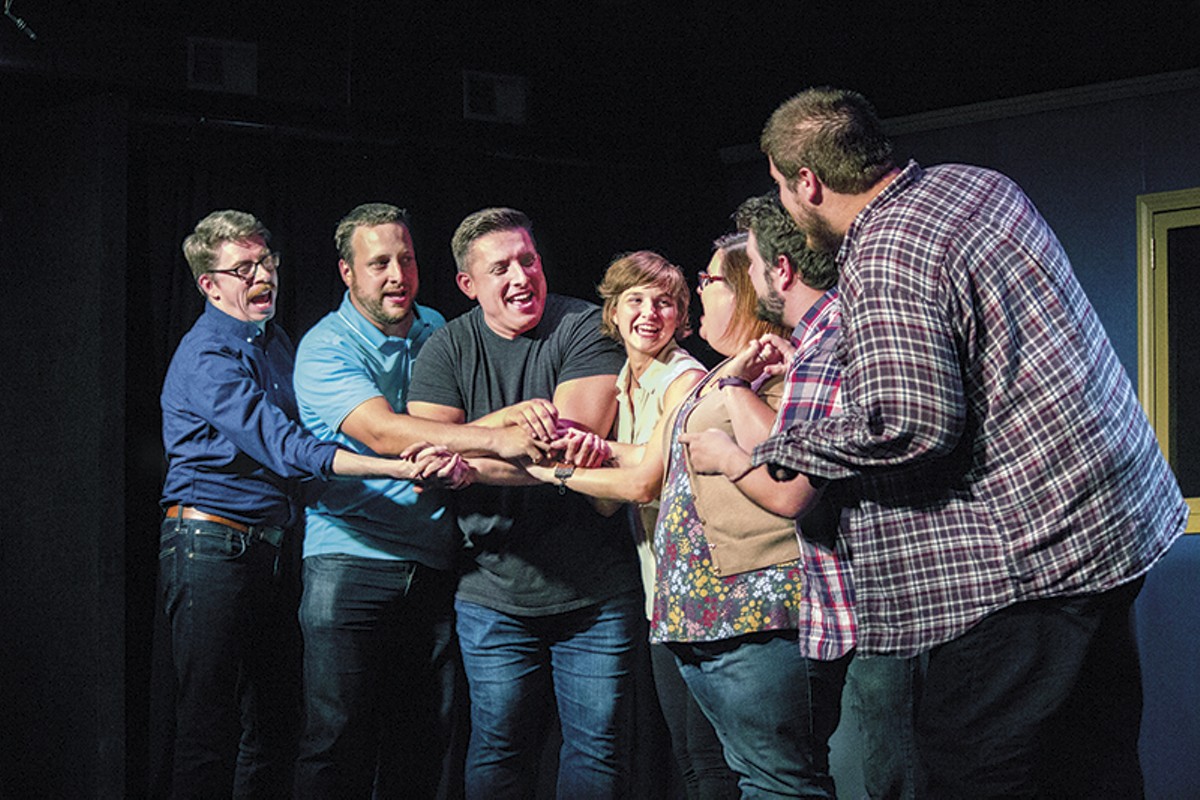 The contest, which ran for a full month, drew 100 contestants, all vying for the $1,200 grand prize and a title that simply sounds incredible. Who wouldn't want to be the funniest person in the city?

In the end, Williams won, earning the title for a one-year reign. It also means you host the next year's competition, which he did just a few weeks back. Nathan Orton now holds the title, though in fairness to both men, Williams didn't get a chance to defend it. Being last year's winner means that instead you host, with Williams delivering his own material during breaks in the action.

He's earned the respect of his peers. Chris Cyr simply calls him "a monster."

"I think he is one of the few people who instinctively understands what it means to be a professional artist," Cyr says. "A lot of comics, and performers in general, work really hard on their craft and wait for the world to notice them. Rafe worked really hard to develop a strong library of jokes to pull from, put all of that into a well-structured set that still gives him room to improv when he wants, and audiences love him. But then he's also really good at putting himself out there to meet people, contact clubs, and do all of the other work necessary to create opportunities that will allow him to do this as a living."

If not a monster, comedian Brian McDowell finds Williams to be close kin — "a beast."

"Frankly, I'm very jealous of Rafe Williams, and wish I had his prospects for success," he says. "He's probably the most energetic and audience-pleasing comic on the scene right now." He adds, "Rafe isn't afraid to be silly. That gets the audience on his side, and makes him extremely difficult for any local comedian to follow."

Says Jonathan Venegoni, "Rafe is one of those guys that I liked from the first time I saw him at Art Bar. Not only is he a great guy and super lovable, he is very thoughtful and insightful. These traits naturally come out in his act. I also love just hearing him speak. He has a great speaking voice. ... Rafe is one of those people that comedy — at least stand-up comedy — came easily to."

The thought of moving, well, it's struck Williams, of course. So many opportunities exist in other cities. But there's so much here, as well. Like his multiple roles at the Improv Shop (where he also bartends on occasion), as well as his home away from home at Laurie's Place.

There's also his son, Drake, and granddaughter, Brooklyn, as well as his girlfriend Tina Dybal, herself finding a footing in St. Louis comedy circles.

"I love her very much and she is a great human and comic," Williams says. "It is a good place to be in, both professionally and personally, to have someone supportive in your corner who loves you and completely understands the compulsion, struggles, triumphs and tragedies of following your crazy dream. She's the best."

Soft-spoken, incisive and possessing some serious introspection about life and work, Williams is at an interesting career point. Multiple paths are continuing to emerge, though all of the signposts still point back to his current home — a couple of afternoons a week at Laurie's, Mondays at the Improv Shop, a night or two at Helium or at the various "dojos." All of these places, together, inform his life and art. He wants to make it here and maybe drag a few talented knuckleheads along with him.

"We build talent here, then hemorrhage it to the coasts," he says. "Sometime you have to leave for the sake of your career. But I hope that's changing. They're still there, the gatekeepers, but they're not as important as they used to be."

And just as he's doing so, he wants his contemporaries to do something, too.

"You can go out and make stuff," he suggests. "Keep going out and making stuff. Get all of it out of your system."