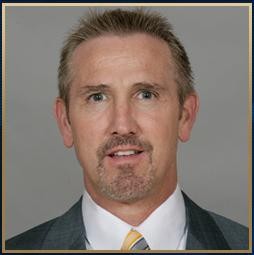 image via
Ladies and gentlemen, we have a winner!

The Rams may be absent from the playoffs this year, but Coach Steve Spagnuolo is still a winner...of the highly-coveted Ass Clown of the Week!

Last week, you may recall, the coach fired longtime equipment manager Todd Hewitt. The competition wasn't even close: Spags took in 42 percent of the vote. The next closest contender, Chris Heuring, the man who pulled a shotgun on workers at a McDonalds drive-thru, came in at a distant 22 percent. Perhaps you readers took pity because Heuring did it all for the sake of his pregnant wife while the Rams offered no explanation whatsoever for the coach's behavior?

Town & Country alderman David Karney came in third with 19 percent for allegedly sending an e-mail to fellow alderman Fred Meyland-Smith suggesting Meyland-Smith be shot for supporting a bill to eradicate deer in the west county suburb.

The most controversial candidate, the pet ferret who gnawed seven fingers off a baby in the western Missouri town of Grain Valley, came in dead last with a mere 16 percent of the vote.

Way to go, Spags! How does it feel to be a winner?