Re: Missouri Ban of Synthetic Marijuana -- K2 -- Could Come Soon 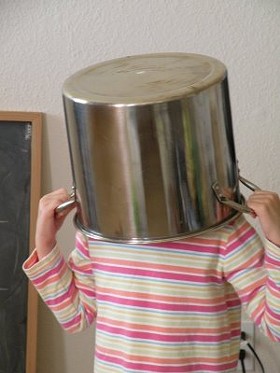 Image via
Will a K2 ban keep Missouri's children from becoming potheads?
While Missouri lawmakers are busy attempting to make fake pot illegal, voters in California gathered enough signatures to put a measure that would legalize real pot for recreational use on their November ballot. If approved -- and polls show that 56 percent of the state's voters are in favor -- anyone older than 21 could posses up to an ounce of marijuana.

The real benefit of the proposed law, though, is that California's municipalities could tax the drug as they see fit. The LA Times writes that the ballot initiative puts the state "at the forefront of the nation's drug debate," and they have pointed out in the past that the tax revenue from reefer could singlehandedly solve the state's budget crisis.

The Show-Me State, meanwhile, is basically bringing up the rear in the nation's drug debate. Leaders proclaim that they're trying to "protect our children" by banning synthetic marijuana while solving Missouri's own $200 million budget deficit by cutting $106 million in funding for public schools as well as aid to "3,500 working parents who make slightly more than the poverty level."

Mark Pederson, an activist with Sensible Missouri -- a group working to legalize medical marijuana in the state-- elucidates this point on his group's website in an impassioned plea to stop the K2 nonsense and focus on real issues.

Pederson calls the K2 ban "state politics at its worst" and says the officials who support the law are "opportunists preying on the emotions of an uninformed public."

So why do some Missouri lawmakers insist on these cannabis and "marijuana-like" witch hunts? That's an easy one.

It's not because they care about your safety or the safety of your children. If they did, they would be supporting worthwhile counseling for real drug abuse problems like meth, heroine, alcohol, tobacco and, most of all, prescription drugs.

If all the many recent political scandals haven't already made you skeptical about the motivations behind our elect when they create these sensationalistic postulations, my God, why not? Obviously, all they care about is the fear they can implant in the hearts of their constituents. By doing so, they establish a false "family" platform with easily attainable press.

Before you start packing your bags for California, read the whole thing by clicking here.