Recreational Weed is Legal In Missouri, Here’s What Comes Next 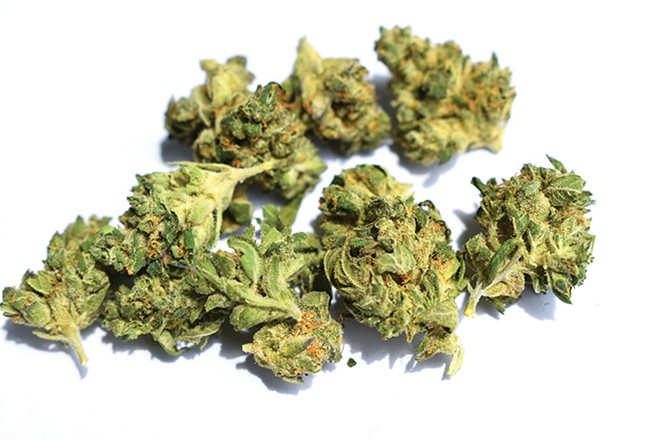 TOMMY CHIMS
Amendment 3, the initiative legalizing recreational use of marijuana, won 53% of the vote in Tuesday's midterm.
Whether you’re for it or against it — recreational weed will soon be legal in Missouri.

The majority of Missouri voters said “Yes, we can(nabis)” on Tuesday and approved Amendment 3, an initiative to legalize recreational marijuana in our state that will also provide legal expungements for those with certain marijuana-related offenses.

Amendment 3’s passage leads to several questions. If you’ve tried reading the long and wordy amendment yourself and only felt confused, fret not: That may have been the point.

But lucky for you, dear reader, we here at the Riverfront Times love our fucking weed, and we’ve sifted through the amendment’s text to answer your burning questions.

When can I start smoking legal weed?

Amendment 3 doesn’t take effect until December 8, so if you’re an avid weed smoker now, you’ll have to carry on in illicit fashion until that date.

But in case you’re not already aware, residents of St. Louis City already have some cannabis freedoms. An ordinance passed in December that allows St. Louisans to possess two ounces of marijuana or less and grow up to six cannabis plants.

Where can I smoke marijuana?

Even though recreational weed is legal in Missouri, it’s not like you can blaze it up willy nilly. In fact, if you do, you could face some consequences.

Amendment 3 says a person who smokes marijuana in a public space, other than an area “licensed for such activity,” is subject to a civil penalty no larger than $100.

When can I buy recreational weed in Missouri?

Amendment 3 won’t officially take effect until December 8 and the state won’t issue the first recreational dispensary license until February 6, 2023. Dispensaries that currently operate as medical marijuana facilities will have first crack at those licenses, though, so you can reasonably expect that you’ll be purchasing from one of those after they convert over.

How much weed can I have?

You can buy, possess and transport three ounces or less of dried, unprocessed marijuana or an equivalent.

How much weed can I grow?

Anyone who grows marijuana plants that are visible to the public and/or not kept in a locked space could face a $250 fine and have to give up the marijuana.

Who can sell recreational weed?

It will not be legal to sell marijuana you cultivated yourself.

Businesses who won licenses during the medical marijuana rollout in 2018 will have first dibs at recreational licenses. There’s no telling if any more licenses will be given — Amendment 3 does not require the Missouri Department of Health to issue any more licenses than it did medical licenses.

However, Amendment 3 does create a new licensing program to allow smaller entrepreneurs to enter the game. Eventually, the state will grant 144 “microbusiness” licenses to applicants from areas where marijuana prohibition has especially affected them.

Whether these microbusiness licenses will be effective or not has been strongly contested. Microlicense holders must choose between growing or selling weed; the amendment does not allow them to do both. Critics say this unfairly restricts people trying to break into the market and puts them at a disadvantage. 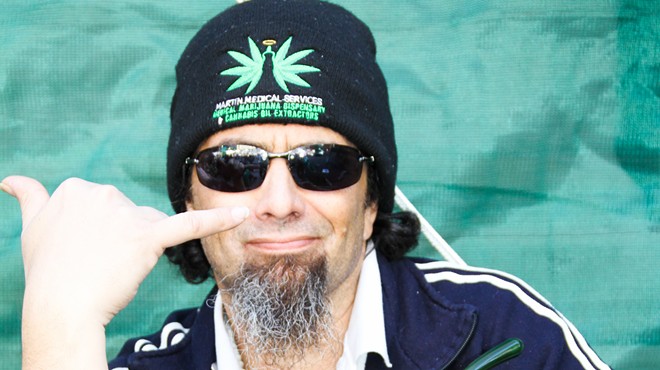 As Missouri Legalizes Weed, It's Time We Criminalize Weed Culture: Recreational marijuana will soon be legal. Cut the hippie shit

How old do I have to be to smoke weed legally?

Unfortunately, high schoolers and early college students, you’re out of luck. Missouri’s recreational weed provisions only apply to those older than 21. If you’re caught smoking or possessing weed, you could get slapped with a fine for up to $150. However, you’ll have the option of attending up to four hours of drug education or counseling instead.

Anyone caught selling to 21-year-olds could get in trouble too. On first violation, unlawful sellers could face a civil infraction costing up to $250. Punishments get harsher the more violations you rack up, but a third violation risks a misdemeanor charge punishable by a fine no larger than $1,000.

What crimes are eligible for expungement?

The tens of thousands of Missourians previously charged with nonviolent marijuana offenses will have their records automatically expunged.

Offenders currently incarcerated with nonviolent marijuana-related offenses involving three pounds or less of marijuana who did not distribute marijuana to a minor may petition to have their records expunged.

Anyone on probation or parole for an offense that would have been legal under Amendment 3 will have their sentence automatically expunged once Amendment 3 takes effect on December 8.

Within six months of Amendment 3’s effective date, the circuit courts will order the expungement of all criminal history records for all misdemeanor marijuana offenses for people no longer incarcerated.

Within 12 months, the circuit courts will order the expungement of criminal history records for people no longer incarcerated for felony marijuana offenses that would not have been a crime under Amendment 3.

For those with Class A, Class B, and Class C felony marijuana offenses, or a Class D felony offense for possession of more than three pounds of marijuana, the circuit courts will order the expungement of criminal records after the offender serves out their incarceration.
Coming soon: Riverfront Times Daily newsletter. We’ll send you a handful of interesting St. Louis stories every morning. Subscribe now to not miss a thing.