Rep. Tony Dugger On His Voter ID Bill: "Most Of The Feedback...Was On The Negative Side"

Last week, we brought you news of a controversial GOP bill to mandate all voters in the state of Missouri show some form of photo identification in order to cast a ballot. The proposal sparked backlash even before a scheduled hearing on Tuesday -- with opponents slamming the ID bill as a Republican effort to suppress voters. But the bill is expected to be voted out of committee this week and then make its way to the House floor.

"Most of the feedback that was there on Tuesday was on the negative side," Representative Tony Dugger, the bill's lead sponsor, tells Daily RFT.

"They feel like the voters will be disenfranchised and not get their vote to count," says Dugger. "I just don't see it that way. I think I've covered every possible avenue there is to make sure every vote counts. It's a difference in opinion."

Photo ID bills across the country earned a lot of criticism this past election cycle, with Democrats arguing that they were part of a Republican agenda to control who votes by disenfranchising specific groups of people. The GOP proponents of these measures argue that these are simple, preventative measures to avoid voter fraud and say that it is not too much of a burden to require individuals to show a photo before they cast a ballot. 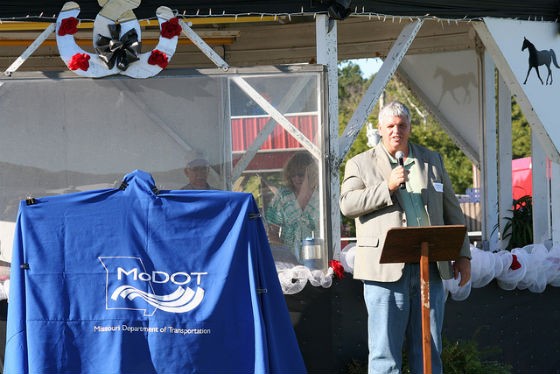 "There's the potential out there for voter fraud," explains Dugger, a Republican. "Being a former county clerk and working on elections for fourteen years, I think it's a good measure to put in place in the state of Missouri -- to have the security there."

In order to enact a photo ID law in the state, Dugger is pushing two separate proposals -- one is a required constitutional amendment that would directly give voters the opportunity to support this measure on the ballot. The second is accompanying legislation to enact the law -- which would only be allowed if voters approve the amendment to the state constitution.

And they will, Dugger says.

"I think that I have the votes in the House...and I think the voters of the state will pass it if it gets to the ballot," he says. "I think a large majority of people out there want this. I think it could be as high as 70 or 80 percent."

Continue for comments from an opponent of the bill and the full draft measures.