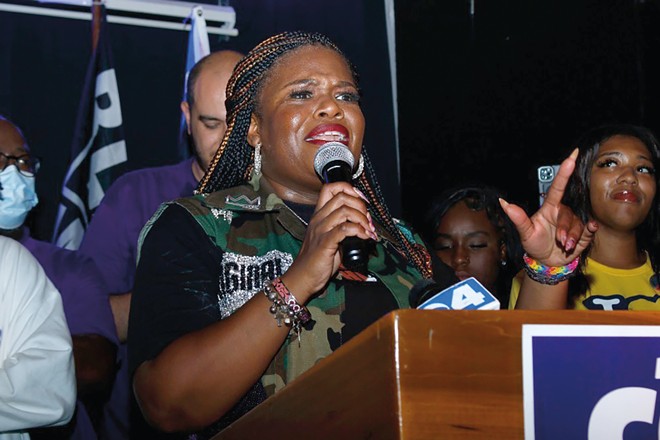 In their three-page letter, the congressional reps pleaded with Parson to take into account the “injustice” Kevin Johnson suffered before his incarceration.

Johnson shot and killed a Sgt. William McEntee in Kirkwood when he was 19 years old, just two hours after witnessing the death of his 12-year-old brother. At the time, Johnson blamed police for his brother’s death. He’s since stated his regret.

“Mr. Johnson’s cruel execution will not solve any of the systemic problems facing Missourians and people all across America, including the scourge of gun violence,” Bush and Cleaver wrote. “It will simply destroy yet another family and community while using the concepts of fairness and justice as a cynical pretext.”

Missouri will execute Johnson on Tuesday, November 29, barring any last-minute legal reprieve. The Missouri Supreme Court will hold oral arguments Monday on whether Johnson’s execution should be delayed.

In their letter, Bush and Cleaver discussed Johnson’s troubled upbringing. Johnson has several mental deficiencies, including an impairment to the frontal lobe of his brain, which controls impulse control. He attempted suicide at age 14 and was abused by several caregivers in the years before he shot McEntee.

The representatives also appealed to Parson on the basis of Johnson’s age at the time of his crime and the circumstances surrounding his trial. A special prosecutor appointed to investigate Johnson’s case claimed in a motion to vacate his sentence last week that Johnson’s conviction and judgment were tainted by racial bias.

Bush and Cleaver are both ordained ministers. As such, they wrote, they “believe in accountability but also the sanctity of life.”

Both representatives won reelection campaigns earlier this month. Bush, who represents St. Louis city and a swath of St. Louis County in Congress, has strongly opposed the death penalty throughout her career and supported measures such as the Federal Death Penalty Prohibition Act.

“You have it in your power to save a life by granting clemency,” Bush and Cleaver wrote to Parson. “We urge you to use it."