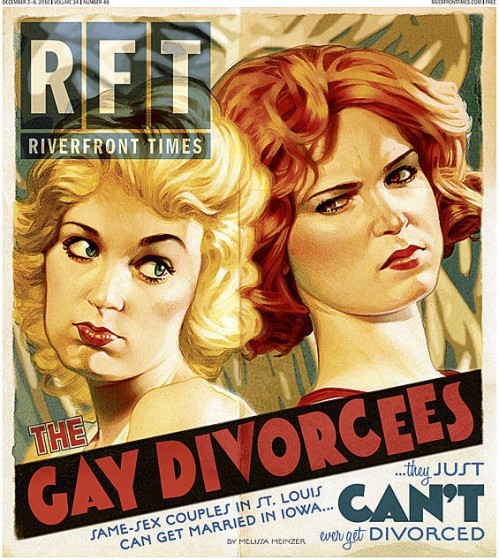 Tom Carlson was honored for his work on "Gay Divorcees," along with two other RFT covers.
Art Director Tom Carlson and staff writer Aimee Levitt are big winners in two recent journalism contests.

Carlson won first place for cover design in the large newspaper category at the contest sponsored by the Association of Alternative Newsweeklies (AAN). And Levitt recently took first place in International Reporting from the National Association of Black Journalists, for newspapers with circulation of 150,000 or less.

Carlson was feted for his work on three covers -- for those representing "Down on the Farm," "The Gay Divorcees," and our year-end movie issue. Levitt was honored for her work on "Dr. Peanut."
Other RFT finalists in the two contests in question:

* Jennifer Silverberg took second place for her photography on the Dr. Peanut story