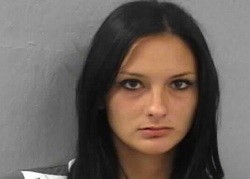 We discovered a graphic designer whose obsession with the Mizzou Tigers eventually influenced the team's new uniform design.

Why a fine-dining establishment helmed by the well-respected chef Josh Galliano closed its doors for good.

The God-Hates-Fags people planned to protest Clayton High School for their tolerance of LGBT students. This drew the school much attention, which they then used to raise money for the Gay-Straight Alliance. Eat it, Fred Phelps.

Image via
This is dumb.
2) The Ten Dumbest Sports of the Summer Olympics

Synchronized swimming is dumb. Not as dumb, though, as equestrian dressage.

1) Where you should've gone to high school

High school in St. Louis is a big deal, and can be bewildering to outsiders. This handy flow-chart sorts it all out for you.