Road Trip to the Cotton Bowl: How to Drive Through Oklahoma Without Killing Yourself 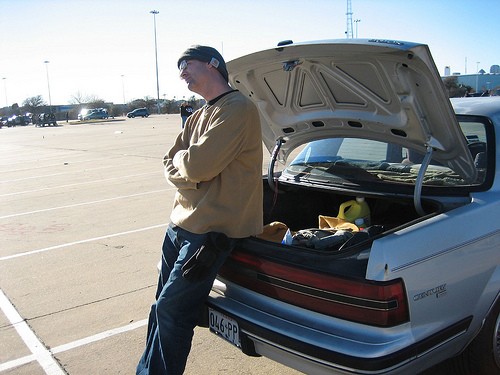 The Missouri Tigers are capping off an impressive, exciting season at the Cotton Bowl in Dallas next month. If you're planning to drive to Big D to watch Mizzou take on Oklahoma State, be warned: the quickest route is alternately tricky and borning.

It takes about ten hours to drive from St. Louis down I-44, exit for Highway 69 in Big Cabin, Oklahoma, and ride that road all the way south to the Metroplex. Sure, you can take a route through Tulsa or even Memphis, but this is the fastest drive on major roads. 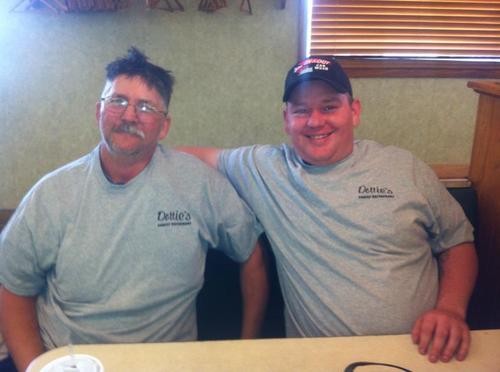 Dottie's on Facebook
These two guys just ate a 1.5-pound burger and a pound of fries. You can, too.

Cuba, Missouri -- or "The 208" as truckers call it on their CB radios because of its exit number -- is home to one of the best truck-stop diners in Missouri, Dottie's Family Restaurant. The homestyle diner and buffet is the brainchild of Tim Blessing, a St. Louis chef whose stints at fancier restaurants like Herbie's, Monarch and Cardwell's on the Plaza make his decision to commute 80-plus miles for comfort food all the more special. Dottie's is always full of rough and tumble truckers knocking back coffee and chicken fried steak before hitting the road again, making it our favorite place to grab breakfast before the trip across Missouri.

If you're not the one behind the wheel and you're ready to get the party started early, you're in luck: Dottie's just started serving beer and wine last month.

2. See Stonehenge in Rolla. We're not talking about Spinal Tap.

The engineering geeks (we mean that in the best way) at Missouri University of Science and Technology built a scaled-down model of Stonehenge, the mysterious ancient megalith in the plains of England, in the 80s, and it's totally worth a quick stop. Students carved 160 tons of granite into a 50-foot ring of 29.5 stones around a horseshoe of trilithons (those weird half-H structures.) S&T students improved upon the Druid design: if you make it to Rolla by noon, you can use the angle of the sun to determine the date. (You can also use your smartphone, but how often do you get to tell time using giant stones?) 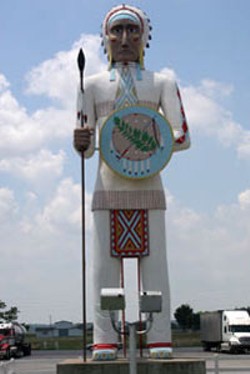 4. Take a picture with Standing Brave. Don't leave Big Cabin without making a pit stop. You'll want a full tank and an empty bladder before heading south or you'll have to pay extra to get on and off the Will Rogers Turnpike. If you're in Big Cabin, your only hope is The Woodshed, a store with clean restrooms and plenty of food options.

You'll know you're in Big Cabin when you see Standing Brave, the 26-foot Cherokee Indian statue erected in 2001.

5. Sorry, Oklahoma's Largest McDonalds is closed. Vinita's McDonald's used to be the world's largest, although Orlando claims that title now. The McDonalds used to be the best place to stop on the turnpike, but the 56-year-old restaurant is getting a much needed facelift. It'll reopen soon with Kum and Go pumps for gas.