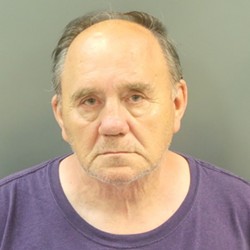 The St. Louis Metropolitan Police are looking for more victims of a suspected child rapist now in custody.

The Circuit Attorney's Office charged Robert Oberfeld, 66, of the 5600 block of Louisiana Avenue, with two counts of statutory sodomy and a child molestation charge earlier this month.

Oberfeld is suspected of sexually assaulting a boy he and his wife babysat while the child was between the ages of six and nine, between 2001 and 2004, according to the St. Louis Post-Dispatch. Oberfeld would apparently sodomize the boy when he used the bathroom.

The official investigation indicates that Oberfeld may have more victims, and police are asking anyone who was abused to call 314-444-5474.